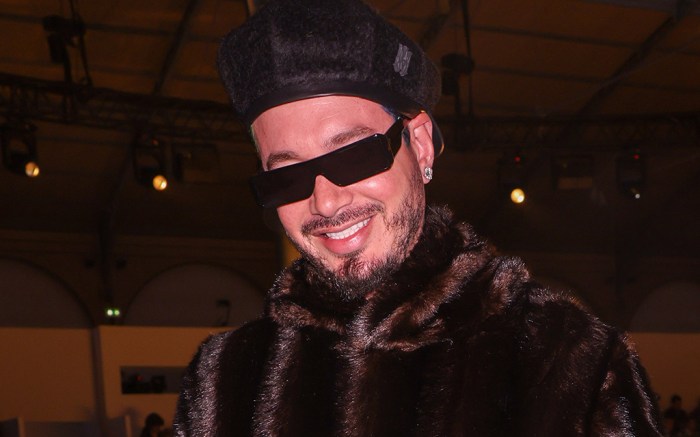 Making a campy style statement, Balvin wore a brown fur hoodie, the style oversized and baggy. The hoodie was worn with coordinating fur trousers that resembled sweatpants also in a larger fit.

Even Balvin’s oversized beret, which has become a style signature for the record producer, was made of dark brown fur, the style eclipsing his colorfully dyed hair.

On his feet, the performer laced-up chunky alabaster AMIRI MA-1 sneakers, which appeared pink in the light, with white uppers. The monochrome pair was fitted with thick rubber soles and typical sturdy leather construction. The low-top pair created a fully streamlined look by utilizing a singular subdued hue, allowing Balvin to easily layer on bolder wardrobe pieces together, while reliant on a neutral base.