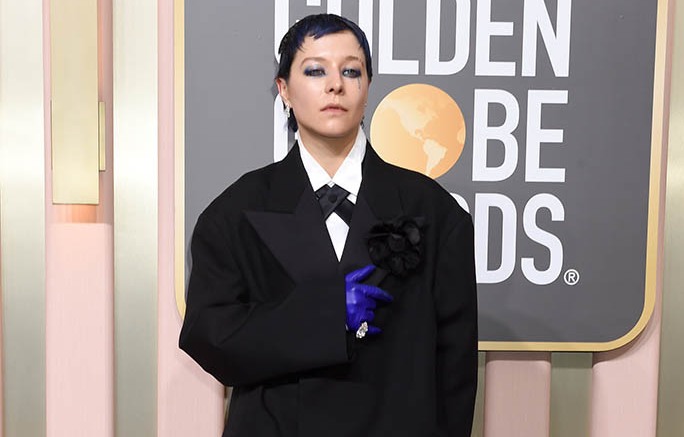 D’Arcy put an edgy spin on red carpet attire for the occasion. The “House of the Dragon” star donned a black tuxedo from Acne Studios. The ensemble consisted of a boxy blazer jacket that included a black flower on the pointy lapels and oversized side slant pockets. D’arcy complemented the overcoat with a white button-down shirt and trousers that were layered with a side slit skort.

To give the look a punchy touch, the theatre maker also added blue gloves and dangling diamond earrings. D’Arcy matched their makeup and gloves with their pixie cut, which had tints of blue on the ends.

Completing D’Arcy’s look was a pair of studded ankle boots by Paris Texas. The silhouette had a sharp, triangular pointed toe and sat atop a small stiletto heel.