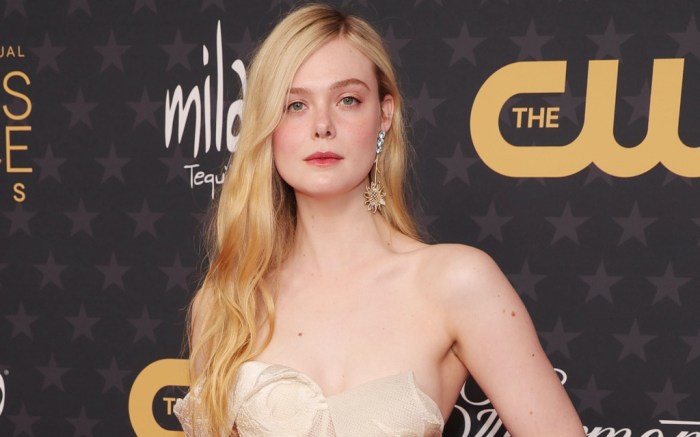 Fanning’s outfit was complete with gold rings, as well as crystal drop earrings tipped with gold sunflowers by Irene Neuwirth .

When it came to footwear, Fanning’s Sarah Burton-designed ensemble was finished with a pair of pointed-toe pumps by Gianvito Rossi. Crafted from shiny mirrored gold leather, her $775 Gianvito style featured triangular toes, closed counters and stiletto heels totaling 4.13 in height. The set added a slick base to the “Girl from Plainville” star’s outfit, bringing her dramatic, royalty-inspired gown a modern twist.