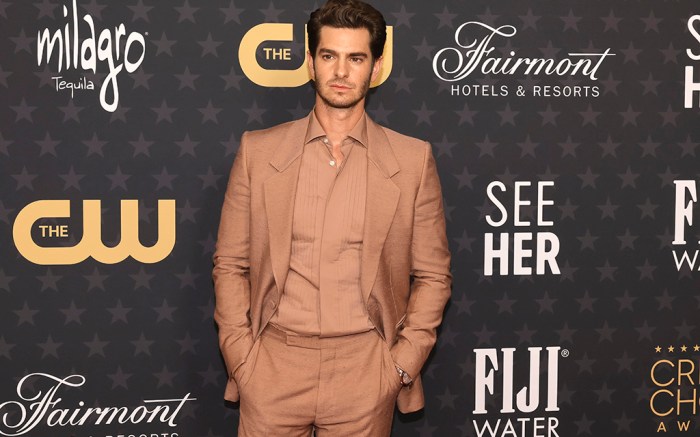 Andrew Garfield suited up at the 2023 Critics’ Choice Awards tonight held in Los Angeles. “The Amazing Spider-Man” actor sharply sported a neutral Zegna suit and loafers for the occasion. Garfield is nominated for Best Actor in a Limited Series or Movie Made for Television for his role in FX’s “Under the Banner of Heaven.”

Garfield’s suiting look was comprised of a tan button-down shirt with rows of pleats tucked into matching straight-leg wool trousers also featuring front-facing pleats that gave the pants a tailored look. Overtop his shirt, the British star styled a fitted wool blazer that was also a sandy tan shade. On his writs, Garfield wore an Omega watch.