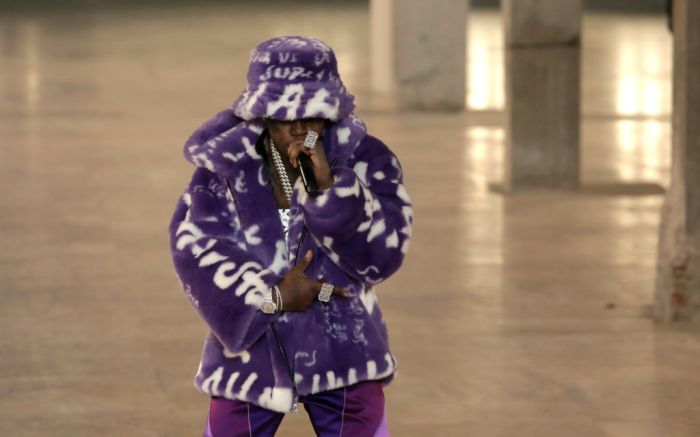 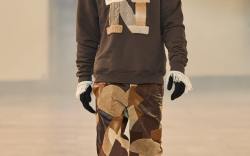 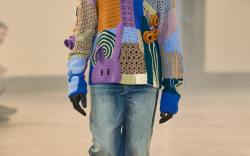 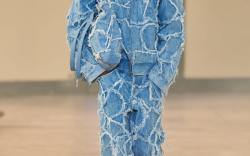 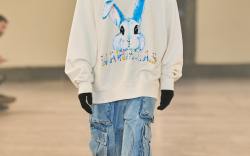 Nahmias helped close out Paris Fashion Week Men’s on Sunday with a special performance by Kodak Black as a parade of models walked down the runway at Palais de Tokyo.

The performance also marked the start of a new collaboration between the American rapper and L.A.-based brand. During the show, founder and creative director Doni Nahmias unveiled a 10-piece collection he co-created with Kodak Black, the rapper’s first foray into fashion. Pages from Kodak’s personal notebook that contains lyrics written in a true stream of consciousness are seen imprinted on a purple faux fur overcoat. Purple, a favorite color of Kodak, is seen throughout the capsule. A key look is a purple tailored suit with a rhinestone heart sewn into the lapel and the words “love” and “war” knitted into the sleeves.

As for footwear, Nahmias is expanding his Five-O sneaker program, which he first launched in the spring 2023 collection in June. This season sees the addition of new colorways as well as leather and sherpa styles. “The sherpa adds a playful element to the collection, which is heavily influenced by Hip-Hop,” Nahmias told FN in a pre-show walk-through. The playfulness lives on in bunny slippers that the designer developed for the show, but he admitted to FN that they will not be going up for sale any time soon. There will be, however, a new style unveiled for the spring 2024, Nahmias added.

Elsewhere in the collection, which Nahmias dubbed “California Poetry,” references to ‘90s California Hip-Hop culture are seen throughout. According to show notes, the collection serves as a “modern translation” of Nahmias’ upbringing in California and the “modern embodiment” of the designer’s personal closet.

Taking inspiration from personal vintage pieces in his wardrobe, silhouettes throughout the collection are relaxed and easy. Fuzzy faux fur outerwear, fuzzy bucket hats, graffiti imprinted over loose wide leg denim and trousers are reminiscent of the fit of the ‘90s. Denim also sees some embellishments and patchwork.

Building on the ethos of the brand code and DNA, imagery and iconography of poppy flowers are displayed in the collection. California poppies being the official state flower, the silk pieces of the collection are adorned with hand painted custom poppies by the brand’s in-house painter.

Plus, tailoring makes a debut for the brand this season, an elevation in approach to the Nahmias aesthetic. Blazers are oversized, trousers have a sleek billowy fit, and the color tones make it so that each piece can be worn individually. Another addition is the use of California poppies in silk pieces in the collection, a nod to California’s state flower.