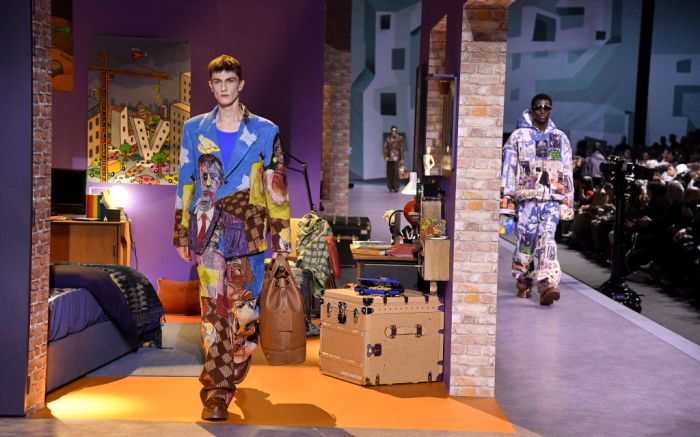 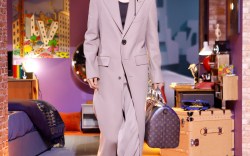 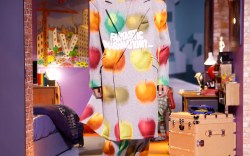 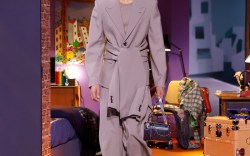 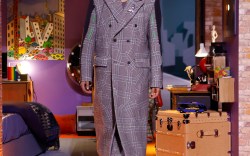 A little over a year after the passing of the late Virgil Abloh, Louis Vuitton showed a new take on its menswear via a collective of creatives including American designer, and KidSuper founder and creative director, Colm Dillane.

While no one has been named artistic director of men’s at Vuitton yet, Dillane’s influence can be seen throughout the fall winter 2023 collection. He also worked with stylist Ibrahim Kamara and Ukrainian creative director Lina Kutsovskaya, both longtime collaborators of the Maison, to bring the collection to life. They were all joined by the Spanish singer Rosalía, who served as musical curator and performed during the show.

In an interview with FN sister publication WWD, Dillane said he came to the table with a 500-page book of ideas, but Vuitton’s in-house team had already designed a large portion of the collection, which revolved loosely around the theme of connectivity. “I was there to add story, add a little bit of spice and fantasy,” he said.

Dillane, who frequently incorporates his paintings into his clothes, was able to push the technique with a tapestry-style jacquard coat.

While that’s likely to remain a special-order piece, his camouflage face print, blended with Louis Vuitton’s signature monogram, offered plenty of commercial mileage. The distinctive motif appeared on everything from workwear pants to Keepall bags, in addition to a stunning embossed leather and suede jacket.

As for footwear, the shoe of choice in the show was a sport fashion sneaker in various colorways, each matched perfectly to the model’s full look. Another style appeared to be a outdoor-inspired leather derby with decorative sole.

“The legacy of Virgil, you can’t ignore it and I was definitely not trying to ignore it,” Dillane added in the interview. “He has a crazy shadow and crazy shoes to fit in but for me, it’s like, OK, whoever does this [had] better live life to the fullest, and better push for the craziest ideas.”