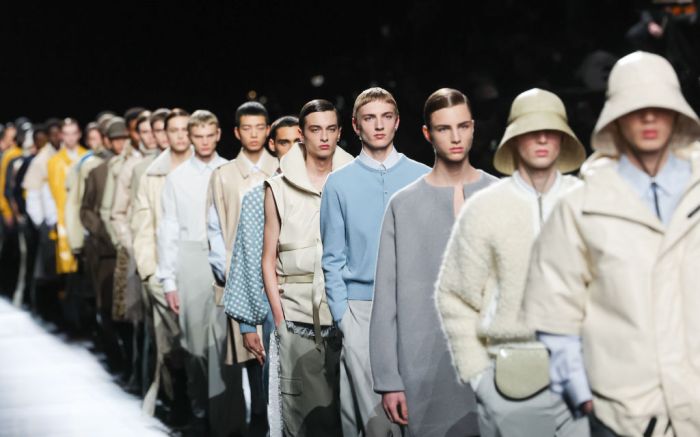 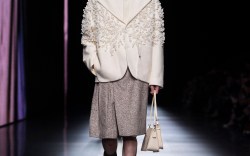 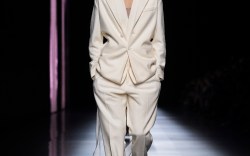 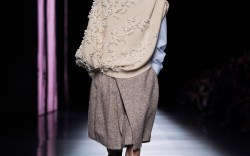 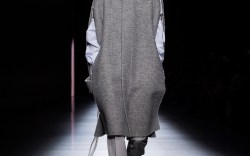 For the fall winter 2023 menswear collection, Dior Men’s artistic director Kim Jones paid poetic homage to Mr. Yves Saint Laurent during his time at the house after the passing of Mr. Dior in 1957.

“In this collection, we wanted to look at the regeneration of the house after the death of Mr. Dior, and its rejuvenation with Mr. Saint Laurent – his chosen heir – drawing a parallel in literature, through imagery and themes in ‘The Waste Land,’ Jones said. “It’s where an old world meets a new one, in change and in flux.”

Poetry took center stage this season. Actors Robert Pattinson and Gwendoline Christie, who also appeared front row at Friday’s show, starred in a film projected on giant screens performing the aforementioned T.S. Eliot poem “The Waste Land,” which marked the centenary of its publication in December.

The performance of the somber poem lent a moody backdrop to a collection that seemed perfect for the English countryside. The often gender fluid collection intertwines the masculine and feminine as seen in looks that paired beautiful knitwear with skirts, rain boots and exaggerated bucket hats, as if the models were hiking in the country mist.

Looking into the Saint Laurent for Dior archives, Jones referenced the ‘Paris’ sailor top, which was loosened in cavalry twill and becomes an elongated fisherman’s smock. The off-the-shoulder tailoring of ‘Acacias’ was adapted with slouching casualness for masculine wool suiting, part of a new recurring silhouette and ensemble. Plus, the ‘Passe Partout’ coat with its loosely tied neck now cocoons in a new slubbed Donegal tweed with the addition of zipped open sleeves.

Separately, new pieces such as 3D printed shoes and boots, and archetypal sea-faring utilitarian outerwear extend the reach of the house’s savoir-faire to a new contemporary level. Meanwhile, bags primarily take on an idea of discretion, elegance and precision, stripped of inessential elements with a box construction in Vernis – an echo of Mr. Saint Laurent’s striving for modern simplification.

“I think there is a new sense of ease in the collection, in a combination of the formal and informal in single garments, principally in the tailoring. There’s a feeling of metamorphosis and change in the clothing, particularly through the motif of water,” Jones added.