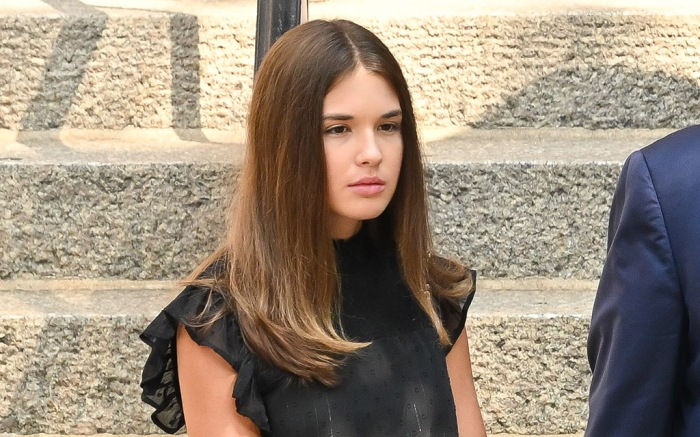 On Saturday, the 15-year-old hit the green with golfer Lexi Thompson in a light blue long-sleeved top, which was covered in a darker watercolor-like print. For additional ease, Trump paired the piece with black track pants and a light gray top. A gray Puma beanie completed her outfit, as seen on Instagram.

When it came to footwear, the granddaughter of former president Donald Trump opted for a set of white golf shoes by Puma. Her low-top style appeared to include rounded toes with lace-up fronts, as well as paneled white and dark gray uppers. Puma’s namesake feline logo, as well as flat rubber soles, finished the set.

Trump’s golfing video followed her appearance on the green in December 2022, where she wore a white tank top and navy blue gold skirt with Puma’s white Proadapt Alphabet golf shoes.

Trump often wears neutral and metallic sandals in flat and heeled silhouettes, as well as round-toed flats, for public occasions. The teenager also wears white lace-up golf shoes while golfing, and has also donned colorful Nike sneakers over the years as well.