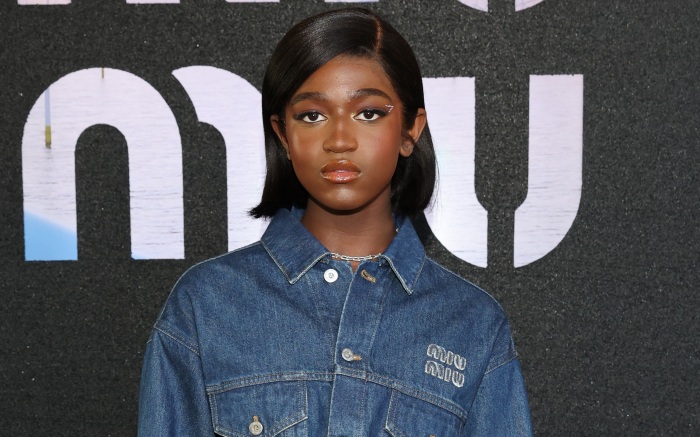 Zaya Wade wished her dad, basketball legend Dwyane Wade, a happy birthday in a post made to her Instagram. Dwyane celebrated 41 years of life on Tuesday.

The caption on the father-daughter’s polaroid picture read, “happy birthday Dad 🖤 I hope you have an amazing day. I love you so much.”

Dressed in all-black, Zaya wore a set consisting of a black cropped top and miniskirt. Overtop the two-piece, the model shrugged on a slouchy black bomber jacket and accessorized with what appeared to be a silver pendant necklace.

In a similarly simple and cozy ensemble, Dwyane was clad in a yellow velvet set comprised of a collared button-down which he wore with their matching trouser counterpart. The two-piece was baggy and allowed for lots of movement. Just like his daughter, the athlete wore a silver pendant necklace.

Although her footwear was not visible in this image, Zaya often opts for trendy styles going from western boots to ballet flats. Much like her footwear choices, she also likes to wear up-to-date and modern garments that place emphasis on youth and popular cultural movements like Y2K.

Zaya is a new star on the fashion scene. The young fashionista usually steps out in luxury labels like Gucci, Louis Vuitton, Burberry, Fendi, Tory Burch, Miu Miu and Ph5.