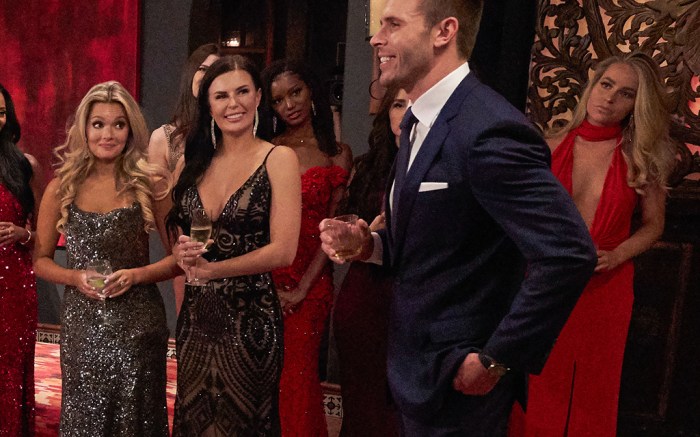 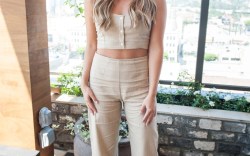 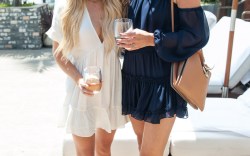 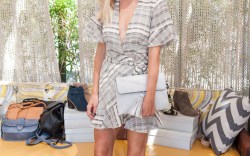 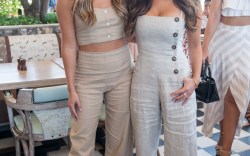 Zach Shallcross looked sharp as he visited “Jimmy Kimmel Live!” on Monday night. “The Bachelor” star spoke about his experience on the reality show and embraced romance while talking about finding real love. Shallcross also remembered leaving “The Bachelorette” after a night in the Fantasy Suite.

For his late-night show appearance, Shallcross donned a light blue button-down shirt with a navy blue polka-dot tie. He suited up in a black blazer and straight-leg pants. For accessories, he added a black and silver-toned watch to the look.

The reality TV star completed the look by slipping into a pair of black oxford shoes with his calf-high socks. The patent leather shoes featured a sleek silhouette with a lace-up closure. The oxfords added a bit of a boost to the look with a 1-inch heel.

Shallcross was also seen wearing the same shoes as he arrived at the studio in Hollywood, Calif. However, he was wearing a different outfit, with a light pink button-down shirt with the first three buttons undone for a more casual look. He paired it with a light gray blazer and straight-leg pants.

The 27th season of the hit dating show premiered on ABC on Jan. 23. As the television personality greeted 30 women, he was seen wearing a white button-down shirt with a midnight blue suit and tie. He added a white handkerchief to the look along with a silver-toned watch that featured a white face and a black strap. Once again, Shallcross opted for a pair of black leather oxford shoes to complete the look.

“The Bachelor” will run every Monday at 8 p.m. EST on ABC and can be streamed on Hulu and Amazon Prime Video.