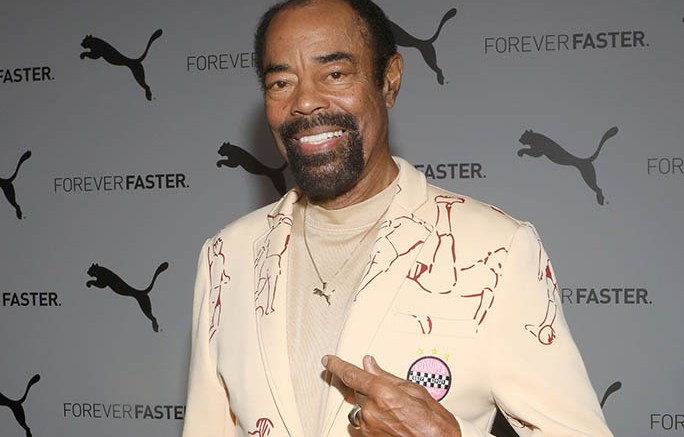 Kyle Kuzma had some thoughts about Walter Frazier’s suit during the Washington Wizards and New York Knicks basketball game on Jan. 18. The Wizards beat the Knicks 116-105 at Madison Square Garden in New York City.

In a video uploaded on the NBA’s Twitter page, Frazier could be seen speaking ahead of the game. Kuzma happens to pass by during the segment and brushes off Frazier’s shoulders as a sign of saying he likes his suit.

“Kuz had to show appreciation for Walt Frazier’s suit tonight,” the NBA captioned the post along with a shaking hands and laughing emoji.

Frazier was sharply dressed for the live telecast. The color commentator donned a black blazer jacket that was decorated with a swirl print on the chest and on the shoulders. Taking things up a notch, the former basketball player complemented his overcoat with a white button-down shirt that featured a shiny silver embellishment under the collar. Frazier also added a black and white polka dot tie to his ensemble.

The angle of the video didn’t allow for a peek at the rest of Frazier’s ensemble, but it is likely that he completed his attire with trousers and a trendy footwear style.

Frazier has been deemed a style icon ever since he was drafted by the Knicks in 1967. He quickly became known for his sleek turtlenecks, eye-catching gold chains, capes and big hats. These days, the former athlete tends to gravitate towards snazzy suits while appearing on live telecast for the NBA. He typically wears ensembles with striking details and sharp accents. For footwear, Frazier will likely finish his wardrobe with printed boots, shiny loafers and comfy sneakers.