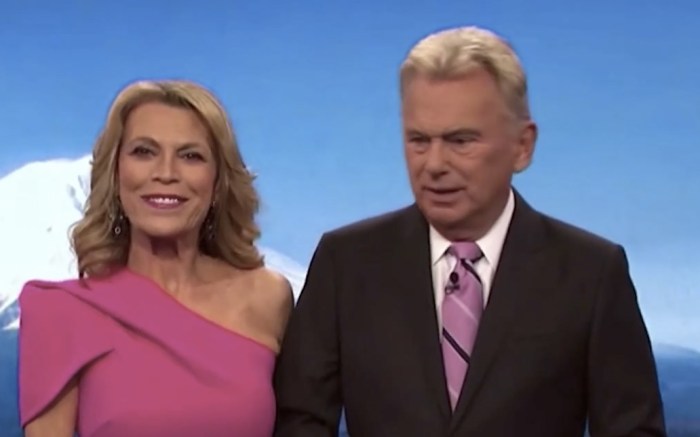 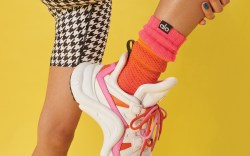 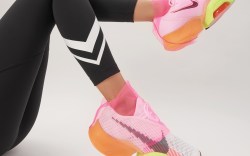 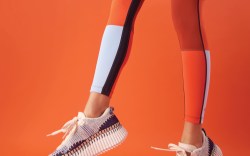 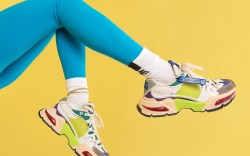 Vanna White had Twitter abuzz thanks to an outfit she wore on the latest episode of “Wheel of Fortune.”

The episode, which aired on Jan. 18, saw White on the arm of famed host Pat Sajak waltzing across the stage in a hot pink floor-length gown featuring an asymmetrical neckline and a revealing sky-high side slit giving way to a pair of high-waisted black leggings. The episode was won by Tricia Scaglione from Plantation, Fla., but focus of the episode ended up being directed in White’s direction.

The half-pink, half-black ensemble was worn alongside a pair of glossy black pointed-toe pumps that blended into the leggings, creating one long looking leg. The pair featured thin heels, around 3 to 4 inches, triangular toes, and a sturdy construction that offered the a more comfortable experience. Some users compared it to Kim Kardashian’s beloved Balenciaga pantaboots.

One Twitter user wrote, “The strangest thing Vanna has ever worn  #WheelOfFortune  it’s fashion, sweetly,” while another asked themselves, ““wtf is vanna white wearing tonight.” Another Twitter user quipped that the outfit “looked odd,” the heavy debate eventually drawing Marvel and “Star Trek” comparisons from some on the social media platform. “Someone stole half of Vanna’s dress…,” said another critic.

#e_RadioUS ‘Wheel of Fortune’ Vanna White’s recent ‘strange’ outfit slammed by fans: ‘Why would she agree to wear that’ https://t.co/XIPgadDNIX pic.twitter.com/FMjU8YlV3l

White has worn an impressive 7,000 outfits during the course of her 40-plus years on the show. The television personality has a conservative style, often opting for mid and maxi length dresses featuring whimsical floral and botanical prints or sparkling accents. On the footwear front, White usually gravitates towards pointed-toe and peep-toe pumps as well as platform styles all ranging from bold hues to neutrals. Fans can even vote for the week’s best dress on the official “Wheel of Fortune” website. White is an important part of the show, and has maintained her position on it since 1982.

PHOTOS: Check out these tips and tricks on how to style leggings.