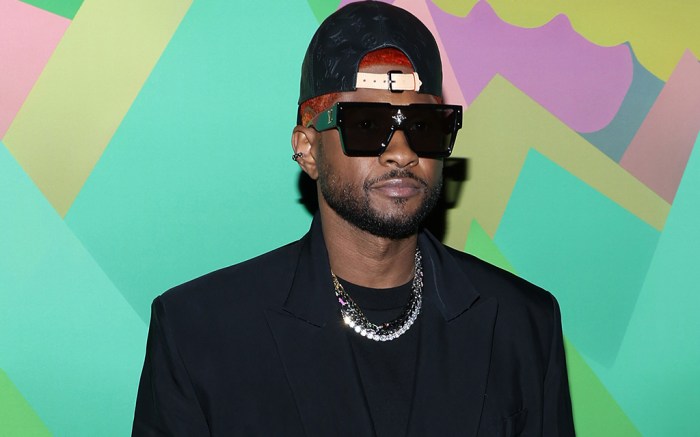 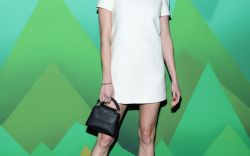 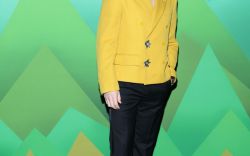 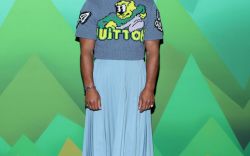 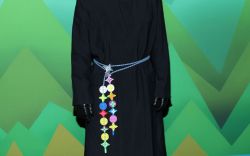 Usher was one of the many stars sat front row during Louis Vuitton’s menswear fall 2023 fashion show on Paris Fashion Week today. He attended the soireé donning an all-black attire with a pop of color.

The “Yeah!” singer wore a black crewneck shirt paired with baggy trousers on which he layered a black floor-length blazer coat cinched at the waist with a rainbow belt. The accessory featured neon multicolored charms of the Louis Vuitton emblem.

To give the look a clean pop of color, the singer wore an all-white pair of platform sneakers, which were partially hidden by the hem of the trousers. He likely donned the Louis Vuitton Trainer sneakers, which, much like his hat, feature the brand’s iconic monogram flowers and initials. These sneakers are made out of calf leather and showcase intricate stitching that takes seven hours per pair to finish.

Like the look he wore for the Louis Vuitton show, Usher is known for mixing up streetwear with avant-garde pieces, culminating in trending outfits. He is known for his presence in the fashion world, often appearing front row for fashion shows including Louis Vuitton, Rick Owens, Off-White, and so on. The singer boasts a mighty sneaker collection with classic sportswear brands and from luxury labels such as Nike, Balenciaga, Chanel and more.