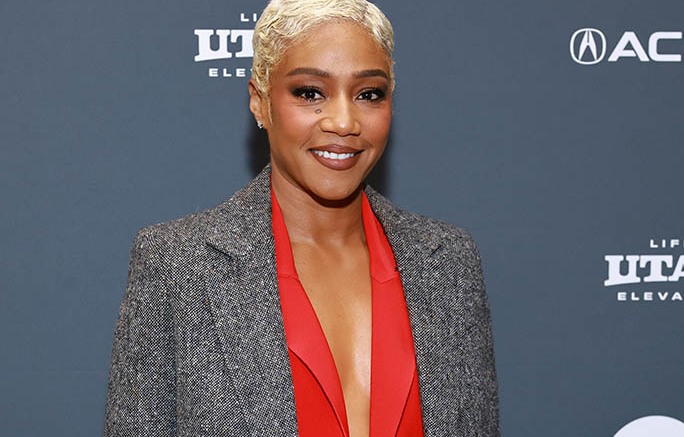 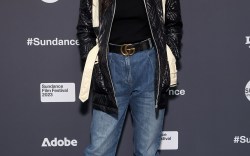 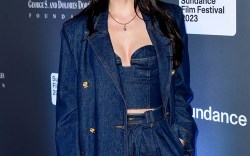 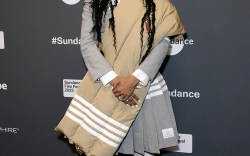 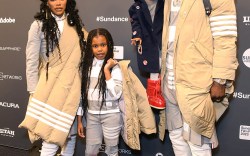 TIffany Haddish made a vibrant appearance at the “Landscape With Invisible Hand” premiere during the 2023 Sundance Film Festival yesterday. The Emmy Award-winning actress looked chic while arriving at the Eccles Center Theatre in Park City, Utah, for the occasion.

To place more emphasis on her ensemble, Haddish simply accessorized with diamond stud earrings and an Apple Watch. The comedian slicked her bleach-blond hair to the side and rounded out the look with soft makeup and a brown matte lip.

Completing the entertainer’s outfit was a pair of black leather knee-high boots. The slouchy silhouette had an almond-shaped toe and sat atop a chunky cylinder-shaped heel.

Haddish’s clothing aesthetic aligns with her eccentric and eclectic taste. For red-carpet events, she’s all about fashion statements. She frequents in gowns from Christian Siriano, Azeeza Official and Prabal Gurung. As for footwear, the “Night School” star tends to gravitate towards heeled sandals, sharp pumps and a variety of boots.