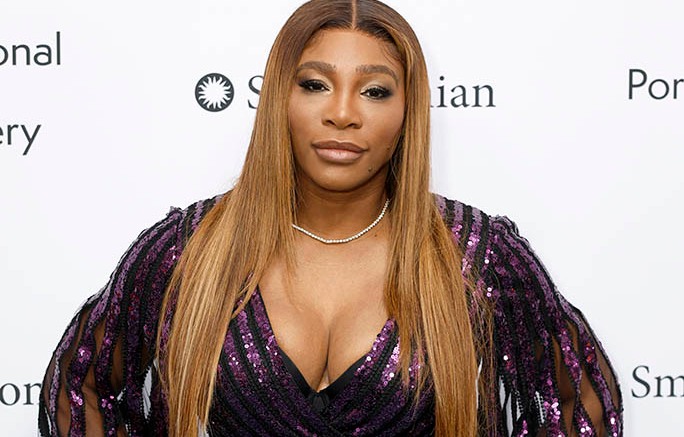 Serena Williams is trading the tennis court for a golf course.

The teaser opens up with a view of sprinklers on a serene golf course. The video later sees Williams and Cox taking a stroke as golfers gather around the pair. Williams even pulled out a move from the hit 1980 film “Caddyshack,” kneeling down on the grass and gently hitting the ball with the top of her club. The recording then ends with a text revealing that the Bushwood Country Club will be reopening on Feb. 12.

For the occasion, Williams was decked out in full golf attire. The tennis champion was decked out in a purple outfit that included a short-sleeve button-down shirt with plaid pants and a matching hat. Williams completed her look with a glove and white Nike sneakers.

A powerhouse in the sports world, Williams has made her mark both on the tennis court and in the fashion world. As the winner of 23 Grand Slam singles titles, Williams has cemented her status as one of the greatest tennis players of all time — and one of the best dressed, with her vibrant, standout style that includes everything from black catsuits to neon colors in competition. Her most notable brand deal is with Nike, a partnership that began in 2003. In 2018, the tennis star launched her fashion line S by Serena. Throughout the years, Williams has also partnered with HSN on fashion pieces, accessories and handbags.