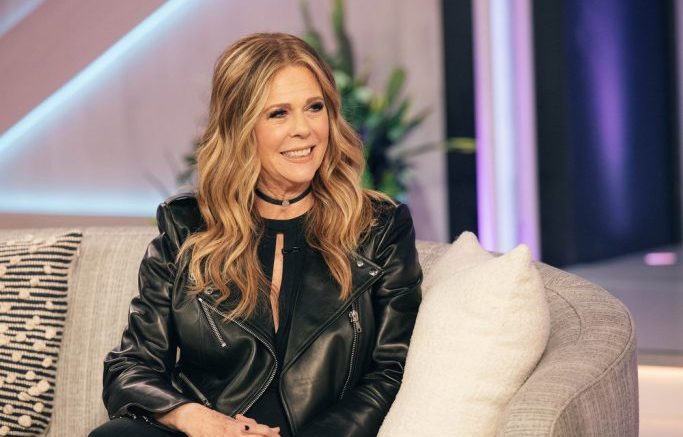 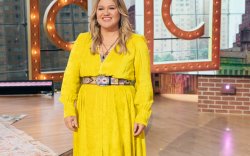 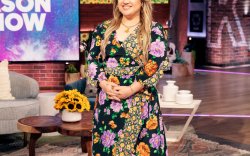 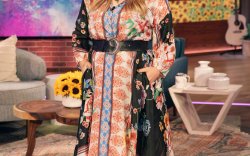 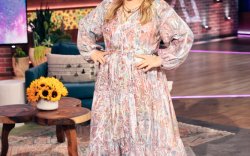 Rita Wilson was sporting a rockstar chic look for her most recent appearance on “The Kelly Clarkson Show,” which aired today on NBC.

Wilson appeared on the talk show alongside actor and friend Bryan Cranston. The two reminisced about attending each other’s weddings and Wilson revealed that Cranston’s wife, actress Robin Dearden, was a bridesmaid at her wedding with Tom Hanks.

For the interview, Wilson wore a black-on-black ensemble featuring a leather motorcycle jacket and a jumpsuit with a keyhole neckline.

The actress’s look was given a glam edge with a black manicure and a ribbon choker necklace. Wilson’s long locks were styled in casual waves.

To top off the outfit, Wilson wore a pair of black platform heels that were partially hidden by the hem of her jumpsuit. The shoes elevated her outfit by at least 4 inches in height.

Along with catching up on sweet tales of friendship, Wilson and Kelly were also learning a dish to prepare for the upcoming Lunar New Year, which begins on Jan. 22 and marks the year of the rabbit.

Wilson also talked about the song “Til You’re Home,” which she wrote and produced for Sony’s film “A Man Called Otto.”

Aside from her acting and singing talents, Wilson has been a darling of the fashion industry for several decades, serving as a regular front-row fixture for friend and designer Tom Ford. When it comes to footwear, you will often catch Wilson wearing classic pumps, chic leather boots or strappy sandals in metallic and dark tones from designers including Miu Miu, Valentino and Aquazzura.