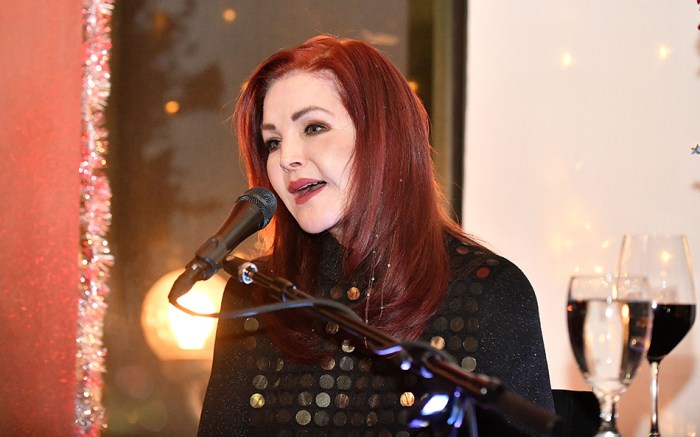 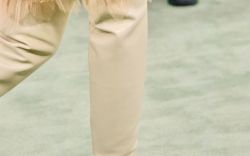 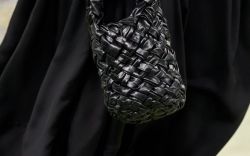 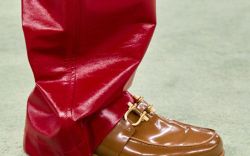 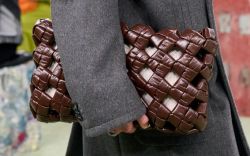 Presley stepped out in what appeared to be black pointed-toe ankle boots fitted with stiletto heels, striking silver adornments, and a sleek silhouette. A go-to shoe style for many, ankle boots are extremely versatile shoes that can feature a variety of heel styles. Boots that stop at the ankle can be practical, dressy, casual, minimal, showy and more. Chelsea boots, combat boots and booties are all types of ankle boots.

In a similarly sparkling fashion, Presley made a rare appearance at Celine’s winter 2023 fashion show and sat front row in a fitting arrangement next to “Elvis” star Austin Butler.

The chairwoman of Elvis Presley Enterprises dressed in a chic all-black ensemble and daring black boots. The star was clad in a sparkling chainmail mesh dress with an asymmetrical hem and hooded detailing. The rather medieval style was layered overtop a classic black dress. The businesswoman carried a black leather purse situated with a gold chain strap and coordinating gilded hardware.

When it came down to footwear, Presley sported slouchy black boots, that appeared to be a knee-high style, sporting sharp pointed toes and an appealing glossy finish that transitioned into sharp stiletto heels.

PHOTOS: See all of the boots from Bottega Veneta’s Fall 2022 collection.