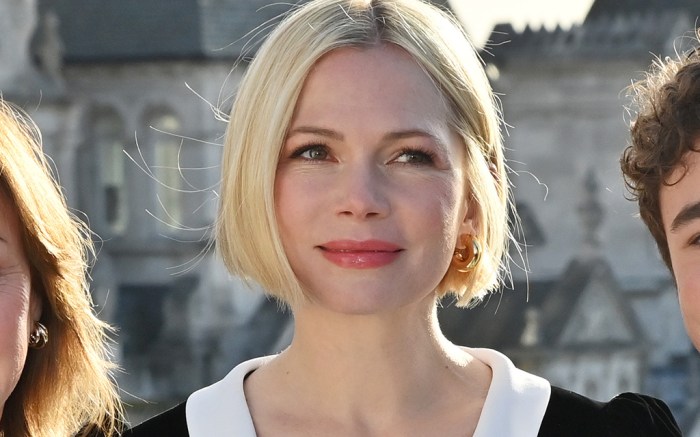 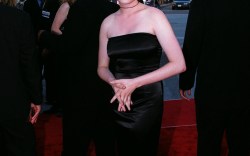 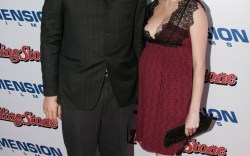 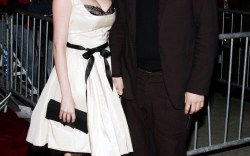 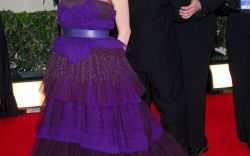 Michelle Williams attended the London photocall for “The Fabelmans” at the Corinthia Hotel today in London. The actress was outfitted chicly in a midi-length Miu Miu dress and crystalized slingback pumps and was joined by her co-stars Gabriel LaBelle and Kristie Macosko Krieger.

Williams’ dress was made of black velvet and featured puffy sleeves and a crisp white Peter Pan collar that diverged from the traditional rounded ends in favor of a sharper, longer look. The garment transitioned from its collared top to a row of gilded buttons and an A-line skirt with a flouncy quality.

Williams wore her blond bob in a simple middle part and brought the gold accents out in her ensemble with the addition of gilded hoop earrings.

Opting for a sharp addition to her ensemble, Williams wore a pair of sparkling black pointed-toe heels by Miu Miu that were fitted with thin ankle straps dotted with crystals. The pair featured thin heels, around 3 to 4 inches, triangular toes, and a sturdy slingback construction that offered the “Brokeback Mountain” actress a more comfortable experience. The shoe silhouette is a classic beloved by many celebrities, Williams included.

“The Fableman” directed by Steven Spielberg features a star-studded cast including Michelle Williams and Paul Dano among others.  Young Sammy Fabelman falls in love with movies after his parents take him to see “The Greatest Show on Earth.” Armed with a camera, Sammy starts to make his own films at home, much to the delight of his supportive mother.