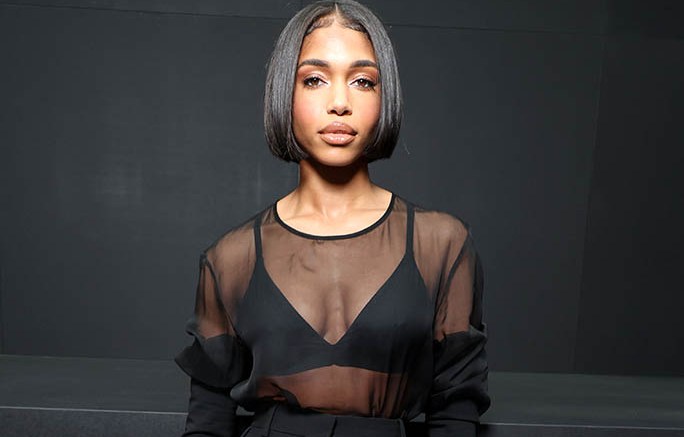 Lori Harvey left the internet in shambles after she made an appearance on Damson Idris’ Instagram Story on Friday.

The “Snowfall” star shared two photos on the social media site. One image sees the duo in a very cozy embrace as her boyfriend Idris kisses Harvey on the cheek. The actor simply captioned the post, “Happy Birthday Nunu” in honor of Harvey’s 26th birthday.

In the snapshot, Harvey wore a sleek satin dress. The ruched style featured long fitted sleeves, a cutout near the shoulder and an asymmetrical hemline. The SKN by LH founder simply accessorized with diamond stud earrings and rounded out the look with soft neutral glam. Idris was casually dressed for the occasion, wearing a black jacket and dark denim jeans.

In the second photo, the former Miss Universe judge poses solo on what appears to be to the set of “Snowfall.” The model leans up against a table, while holding several stacks of cash close to her face. Harvey looked cool and comfy in a black cropped puffer coat and dark denim jeans.

Harvey and Idris were first spotted together in December 2022. The pair stepped out for dinner at Catch restaurant in Los Angeles. The skincare entrepreneur’s appearance with Idris comes a few months after she publicly split from Michael B. Jordan. Harvey dated Jordan for a year and officially ending their relationship in June 2022.