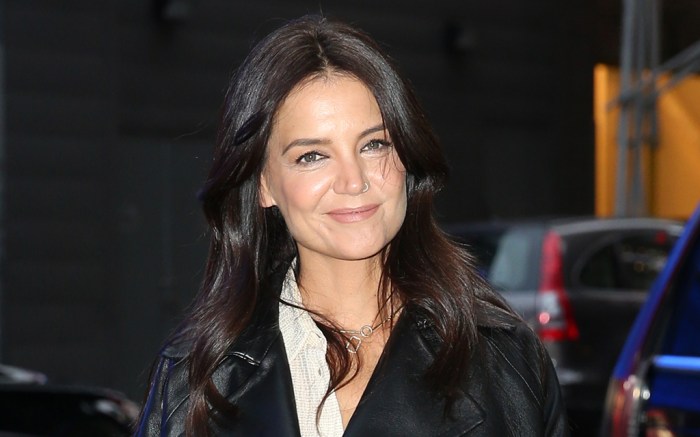 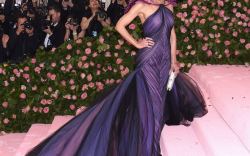 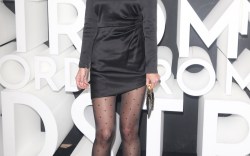 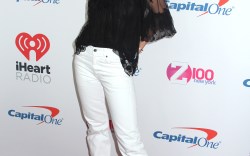 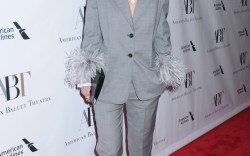 Holmes’ ensemble consisted of a plain white button-down worn underneath a long black leather jacket from Tove that gave the thespian a boxy appearance. On bottom, Holmes styled satin wide-legged Kallmeyer trousers in tan with severe pleating that ran down the front, the pants also offering a slouchy look.

Rounding out the look, Holmes carried a suede turquoise clutch from Savette with shiny gold hardware and wore her long brown hair styled straight down in a middle part. Save for her nose ring and a matching silver chain necklace, Holmes wore minimal jewelry.

As for her footwear, Holmes sported metallic silver pumps with impressive pointed toes and a reflective sheen like no other. Along with the triangular toes, the pair was accompanied by what appeared to be 3 to 4-inch heels that elevated the actress’ look. The angular style and elongated toes actively streamlined Holmes’ look, creating a cohesion that would otherwise be lost without the shiny shoes.

Hit the city in these pointy silver pumps. 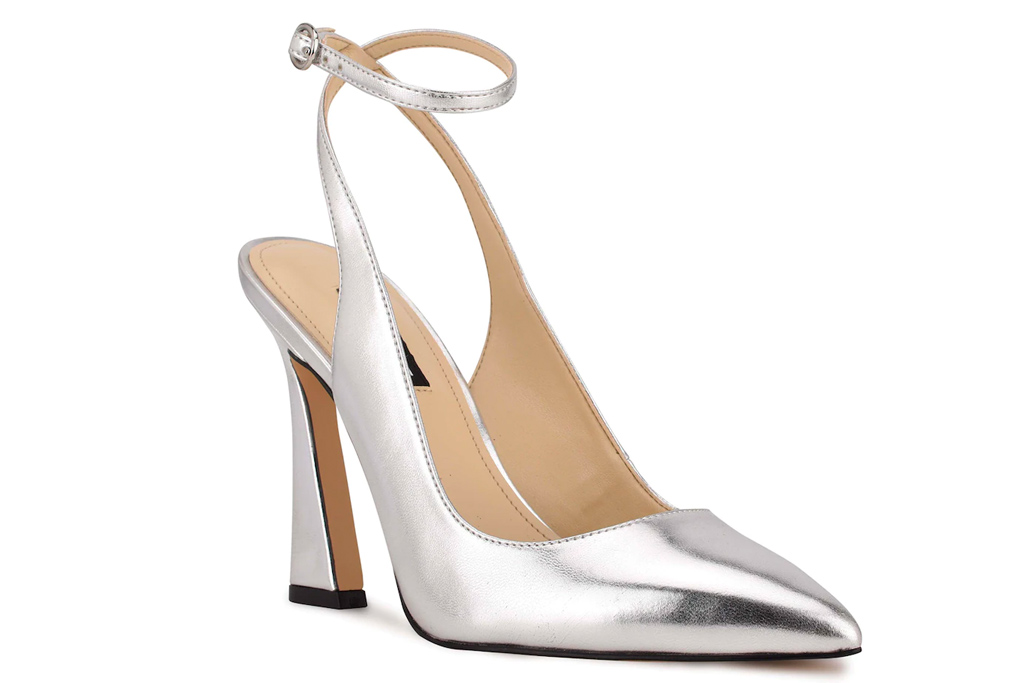 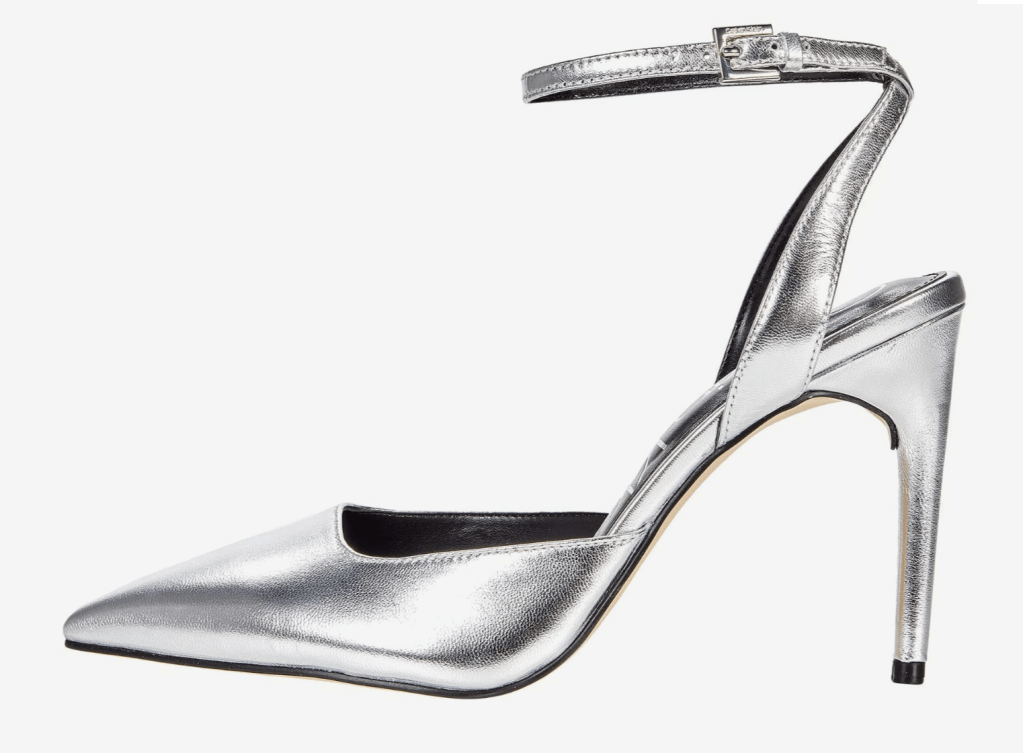