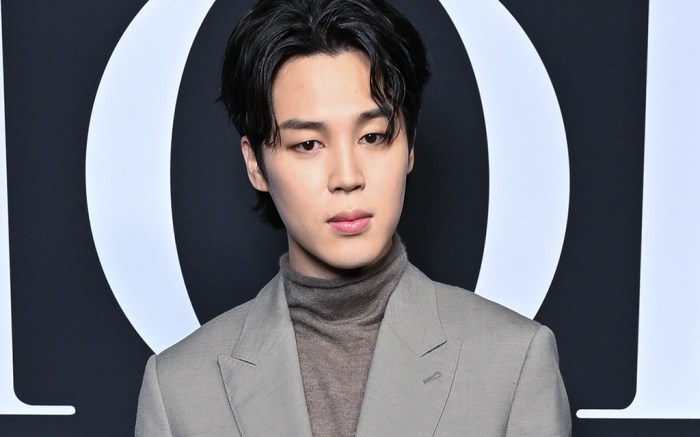 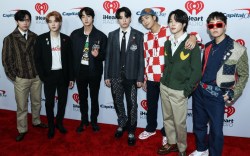 The “Yet To Come” singer was dressed in a light gray oversized blazer, the jacket worn overtop a cozy taupe turtleneck. On bottom, the South Korean singer wore pleated gray trousers with a similarly oversized fit, the hem tucked into his boots.

Comprised of seven members — Jungkook, V, Park Ji-min, Kim Seok-jin, Suga, RM and J-Hope — BTS is the current top K-pop group in the world. The band often coordinates outfits ranging from casual separates and trendy streetwear-inspired ensembles to chic suiting, both on and off stage.