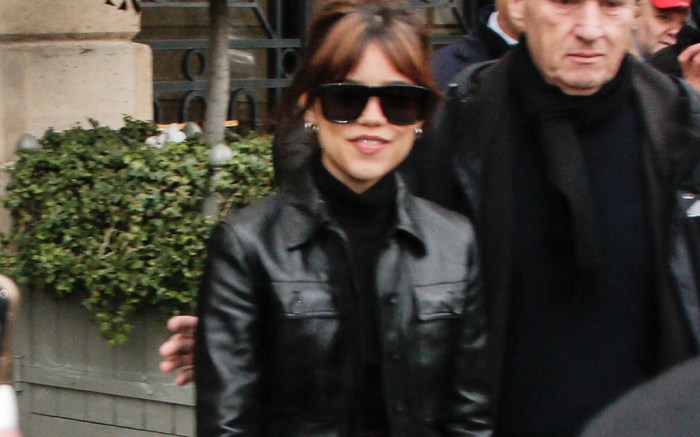 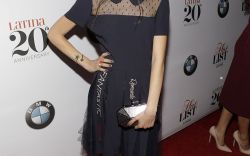 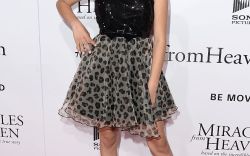 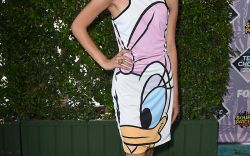 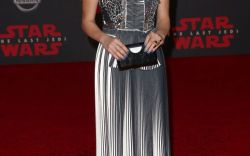 The “Fallout” star wore a black fitted turtleneck top and layered it with a cropped jacket with a matching belt along the bottom of the piece that was seen loosely hanging. She added a pair of high-waisted trousers which were fastened by a leather belt with a silver-toned buckle.

Ortega opted for matching accessories with a pair of blackout square sunglasses and a leather shoulder bag that featured gold hardware. She also added a small pair of silver hoops to the look. She kept her dark brown hair in an updo style with her bangs facing forward bringing attention to her minimal makeup that featured a mauve lip.

The actress completed the look with a pair of black pumps. The heels featured a sleek silhouette that opened into a peep-toe in the front. The pumps added height to the look with a platform sole that was at least 5 inches tall which was supported by a block heel.

Ortega made her fashion week debut this week at Saint Laurent’s fall 2023 menswear fashion show. She was seen serving 80s edge in a backless hooded dress and platforms. The actress sat front row alongside her “Wednesday” co-stars Percy Hynes White and Georgie Farmer as the designer debuted his new collection. Other stars were also in attendance including Coi Leray, Shalom Harlow and Chloe Cherry who also channeled the earlier decade in a padded coat and belted jumpsuit.

Since Netflix’s “Wednesday” release, Ortega has been seen on numerous occasions channeling the gothic character during red carpet events. She channeled a dark bride in a black Versace gown and 6-inch heels for the show’s premiere back in November. Ortega has been working with stylist Enrique Melendez for the past few months navigating this new style.