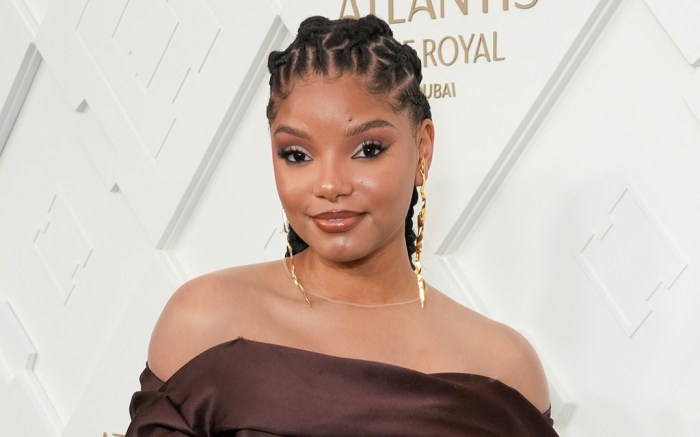 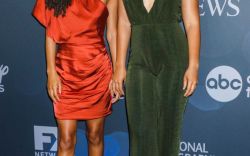 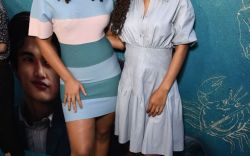 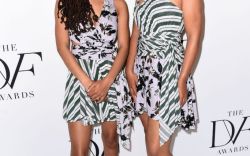 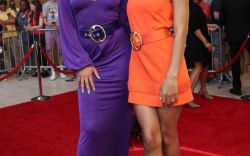 Halle Bailey posed for photos perched on a boat alongside her sister Chloe Bailey while in Dubai. The two traveled to the city to attend the grand opening of the Atlantis The Royal last weekend. The event made headlines thanks to an exclusive Beyoncé performance.

Enjoying the sun, Halle wore a light blue bikini top and high-waisted bottoms. As a coverup, the singer sported a matching bright blue wrap skirt that was tied around her waist, the vibrant fabric all gathered to one side.

On the accessories front, Halle opted for a pair of dangling silver earrings featuring heart pendants that gave off a pleasing shimmering effect.

Bikinis emerged in the 1940s, but the designs weren’t found on beaches until the 1960s due to the controversial nature of the two-piece suits. Bikinis finally gained mass acceptance in the ‘80s, becoming a swimwear staple. Today, the term “bikini” includes everything from high-waisted two-pieces to string bikinis that show ample skin.

For this look, Halle decided to go barefoot. However, the singer often opts for pointed-toe pumps and thong sandals in fun colors that often come decorated with bedazzlements and spikes.

Halle has a lot to celebrate for this year as she has received a lot of recognition for her upcoming role as Ariel in Disney’s “The Little Mermaid.” The singer will be accompanied on-screen by stars Simone Ashley, Daveed Diggs and Melissa McCarthy. The live-action film will be released in theaters on May 26.

Halle has also become a familiar face in the fashion industry. She has been seen in many campaigns for labels, including Fendi. She was seen at Paris Fashion Week sitting in the front row as designers like Off-White and Roger Vivier.