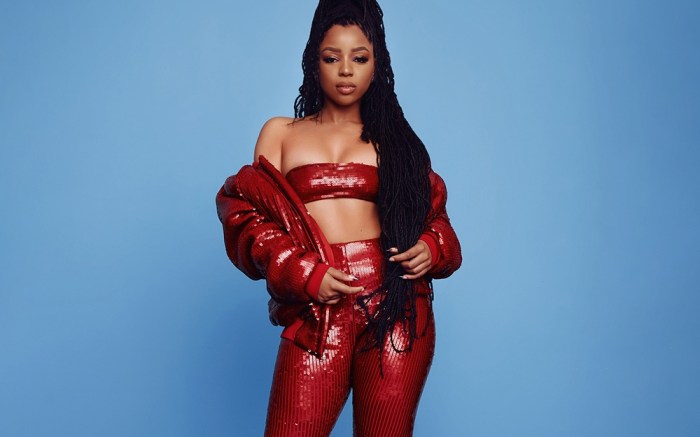 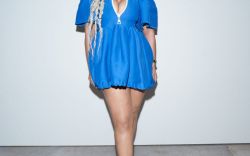 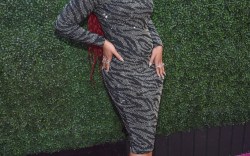 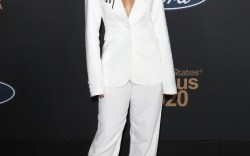 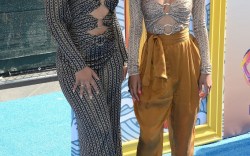 Chloe Bailey dropped a major surprise on her fans. On Tuesday, the Grammy-nominated singer announced the release of her long-awaited debut solo album, “In Pieces,” which is set to arrive in March.

Bailey uploaded a short teaser video on Instagram, which features a snippet of a new song and sees her standing in front of a black backdrop, while holding a gold scale in each of her hands.

To amp up her look, the “Have Mercy” artist accessorized with chunky gold hoop earrings and a collection of diamond midi rings. Bailey pinned some of her red locs back, while the rest cascaded down her back. For glam, she went with a shimmery eyeshadow and a glossy neutral pout.

The length of Bailey’s dress didn’t allow for a peak at her footwear, however, it is likely that she completed her look with a sky-high shoe style including a towering set of platform heels or strappy sandals. The “Grown-ish” actress also tends to gravitate towards styles like thong sandals and chunky sneakers from brands like Tamara Mellon, Balenciaga and many more.

Bailey’s LP has been in the making for some time now. She has continued to release a number of singles throughout her solo career including her latest hit, “For the Night” featuring Latto. While there is no word on whether or not the body of music will include other special guest features, Bailey told FN in an exclusive interview in October 2022 that she has so many dream collaborations and looks forward to working with other talented artists.