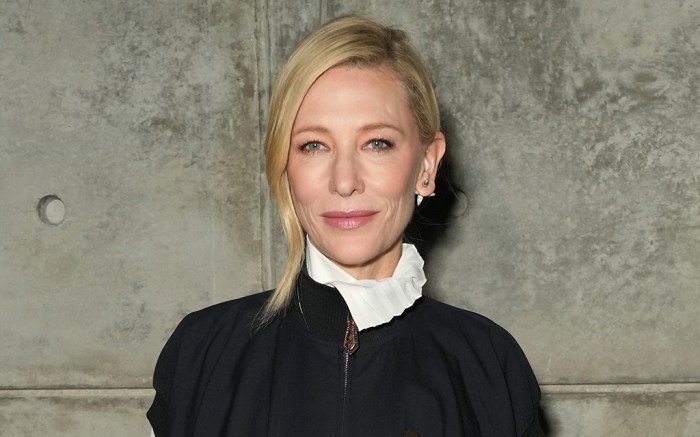 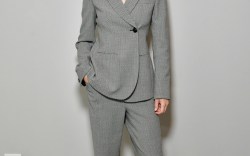 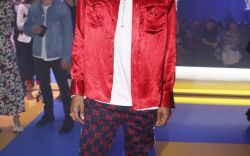 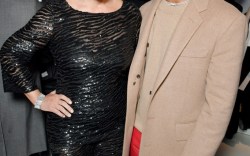 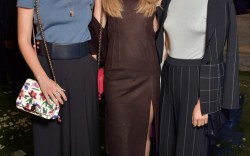 The “Tar” actress wore black sleeveless mock-neck jumpsuit that zipped up in the front. The slouchy jumpsuit was belted, and the utilitarian style was worn overtop a white blouse with lengthy billowing bell sleeves. A high neck peeked past the jumpsuit for a dimensional layered effect. As for finishing touches, Blanchett styled her long blond locks in a messy updo parted to the side and opted for a bit of glamour with what looked to be backwards stud earrings dotted with diamonds.

On her feet, Blanchett wore what appeared to be a pair of sleek leather boots with severely pointed toes. The shoes look to end just below the knee at a calf-length and boast a shiny patent leather finish. Boots like these are a closet mainstay for many, including Blanchett, for their wearability and versatility. Almost every outfit goes with a good black boot, especially these one.

Blanchett tends to gravitate towards more minimal styles. She is a fan of classic black and white looks, sophisticated monochromatic outfits, frothy floral gowns and sweet pastel suits. The “Stateless” alum has a shoe wardrobe that consists of platform pumps, heeled boots, statement sandals and a range of loafers.