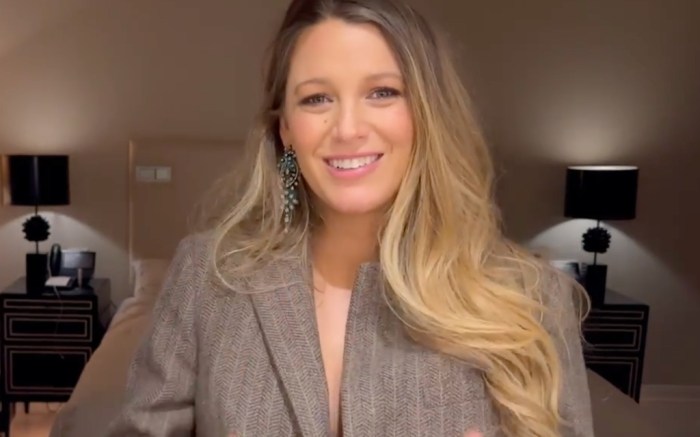 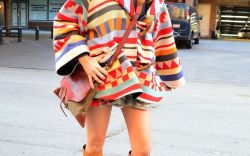 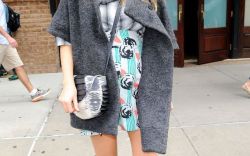 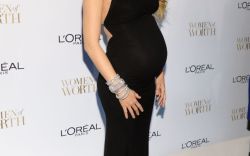 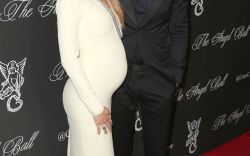 Blake Lively shared a funny progress picture of her ever-growing baby bump on Instagram yesterday. The “Gossip Girl” actress, who is expecting her fourth child with actor Ryan Reynolds, shared a side-by-side photo of her pre-pregnancy era and a current picture of her standing alongside personal trainer Don Saladino.

The actress wore the same workout gear in both photos for comparison. Lively’s look was comprised of neutral athleisure like high-waisted lace-up leggings and black sweats.  The actress also wore a black sports bra on top.

Similarly, the before and after photos saw Lively wearing Nike athletic sneakers. Both styles featured thick rubber soles and a sleek lace-up silhouette. The footwear is perfect for working out, allowing for a range of activities with a cozy and breathable fit made for movement of every kind.

The “A Simple Favor” actress has been a longtime fixture on the fashion scene, stemming from her glamorous style and close friendships with designers like Louboutin and the late Karl Lagerfeld. Lively previously served as the face of L’Oreal and Gucci’s Gucci Premiere perfume, as well as Chanel’s Mademoiselle handbag line, in the early 2010s. She’s also a front row regular at Fashion Month, appearing at shows for brands like Michael Kors, Gucci and Dior, among others.