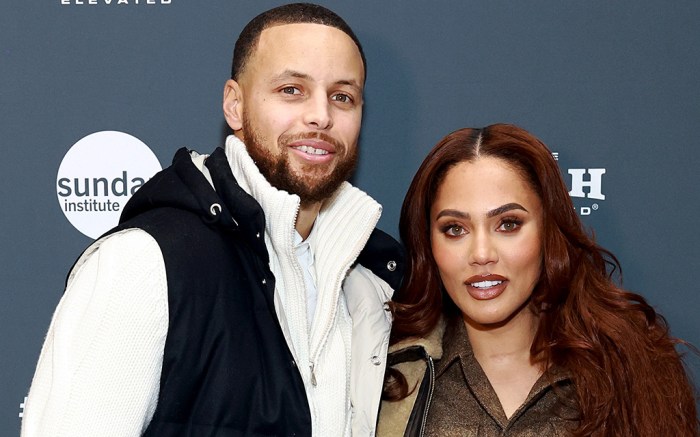 Ayesha Curry attended the premiere of “Stephen Curry: Underrated” yesterday, during the 2023 Sundance Film Festival in Park City, Utah. The actress arrived at the event with her husband, basketball player Steph Curry, who is the star of the documentary.

Ayesha stepped out in brown pointed-toe boots fitted with stiletto heels and crocodile embossing. A go-to shoe style for many, ankle boots are extremely versatile shoes that can feature a variety of heel styles. Boots that stop at the ankle can be practical, dressy, casual, and more. Chelsea boots, combat boots and booties are all types of ankle boots.

Ayesha’s shoe wardrobe often veers towards the sleek, including pointed-toe pumps and thigh-high boots in neutral tones. Off-duty, she’s also been spotted in low-top Vans sneakers and an array of chunky styles as well. Her red carpet ensembles typically feature stiletto-heeled pumps and strappy sandals embellished with accents ranging from crystals to eyelets.