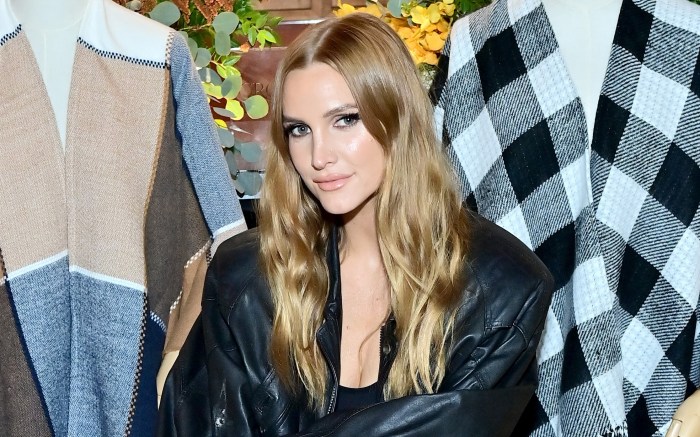 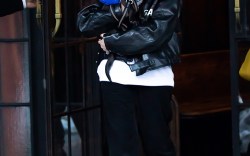 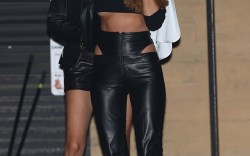 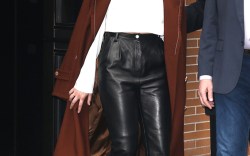 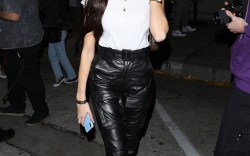 Ashlee Simpson stopped by “The Jennifer Hudson Show” to discuss her stepping back into the world of music, raising a family and the juggle in balancing it all. The interview aired today on Fox.

For her talk show appearance, Simpson wore a sparkling silver turtleneck top by Cavanagh Baker, which she layered with an oversized black leather jacket from Ellie Mae Studios. The trendy look was completed with a pair of baggy blue jeans, adding an extra Y2K touch to her outfit. The pants were from Ser.o.ya.

As for accessories, Simpson took the bohemian route with multiple rings and a pair of sparkling hoops earrings. Simpson’s look was finished off with her long, red hair styled down in flowing waves and a natural glam makeup look.

When it came down to footwear, Simpson slipped on a pair of black pointy pumps by Rodo. The color of the shoes coordinated well with the tone of the jacket and the point-toe helped elongate Simpson’s legs which would have otherwise been overshadowed by the bagginess of the jeans.

During her talk show appearance, Simpson joked that her prior attempts to return back to making music were delayed by her growing family. Simpson and her husband, actor and musician Evan Ross, have two children together and one child from Simpson’s previous marriage.