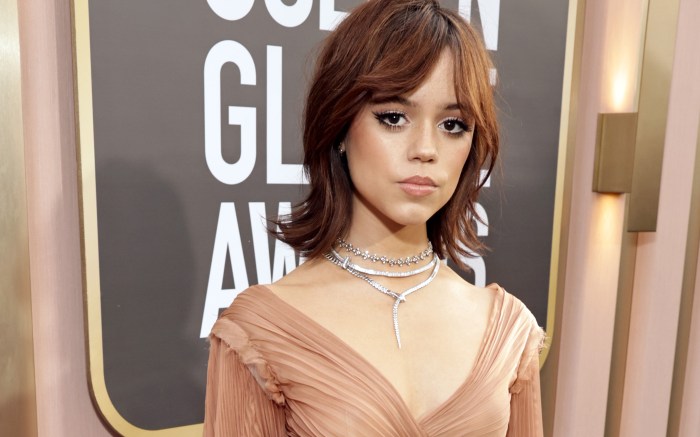 The “Wednesday” star wore a light brown pleated dress with intricate paneling and cutouts on the bodice. Her look was designed by Gucci.

As for accessories, Ortega wore a Tiffany & Co. floral snake necklace and post earrings. Her hair was styled in retro flips with perfect curtain bangs, while her makeup remained soft and subtle.

While her heels were hidden due to the hem of the gown, Ortega opted for Italian luxury Giuseppe Zanotti footwear for this occasion.

“The Fallout” actress has received more notoriety since the release of the hit Netflix series, “Wednesday,” which is centered around Ortega’s eclectic character Wednesday Addams. She received her first Golden Globe nod in the Best Actress in a Musical or Comedy category.