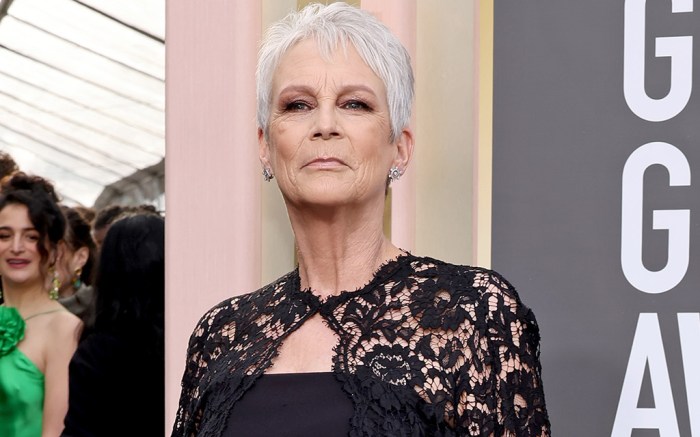 Jamie Lee Curtis attended the 80th Annual Golden Globes tonight in Beverly Hills, Calif., dressed elegantly in an all-black ensemble. Curtis is nominated for “Best Supporting Actress in a Motion Picture” for her work in “Everything Everywhere All at Once.”

On her feet, the “Halloween” star went simple but chic, taking a chance on classic black pointed-toe pumps with sharp triangular toes. The glossy sleek shoes were fitted with sharp stiletto-style heels, about 3 to 4 inches.

Curtis’ shoe style is sharp and elegant. On the red carpet, the “Scream Queens” actress frequently wears kitten and stiletto-heeled pointed-toe pumps, mules and sandals, hailing from top brands including Christian Louboutin. Over the years, Curtis has also been spotted in strappy sandals from a range of brands, including Nine West. When off-duty, the actress can be spotted in neutral-toned thong sandals and New Balance sneakers.