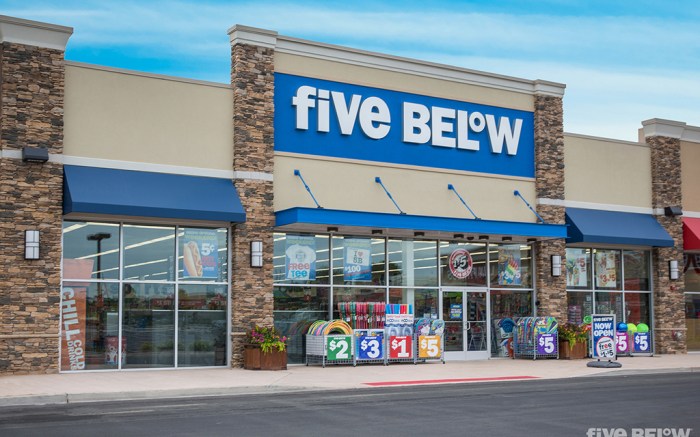 After a successful holiday season, Five Below is looking towards a bigger and better future. The discount retailer will grow its Five Beyond concept.

The idea began as a collection of higher-priced items on a shelf in existing Five Below stores and has since grown to a store-within-a-store concept that is currently available in 250 locations. According to Five Below CEO Joel Anderson, the company sees roughly twice the spending from customers who purchase Five Beyond products and has received positive feedback on the format. Even macroeconomic headwinds, including inflation and a potential recession, work in the discounter’s favor because it’s all about value.

“It’s not only about getting into a trend, but also knowing how to land the plane and get out of it,” Anderson said. “You’re not going to walk into our stores today and see any leftovers of past year’s trend products.”

Also improving the in-store experience is assisted self-checkouts, which are now in about 70% of Five Below stores and have assisted with mitigated long lines. The retailer aims to expand the Five Beyond concept even further next year, with plans to convert 400 stores to the new format.

“The entire fleet is going to change in three to three and a half years. It’s very rare to see in retail where in such a short period of time, you’re able to transform the entire fleet,” Anderson said. “It’s not just about new stores opening this way, it’s about taking the existing fleet and converting it. We see an immediate lift the week after we change it.”

The Five Below store format is aimed at teen-tween audiences and generally offers products that are $5 and less, with some items ranging from $6 to $25.

PHOTOS: Department Stores Through the Years