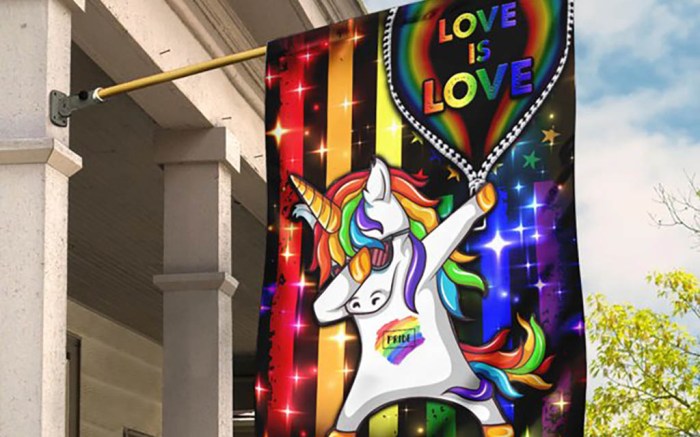 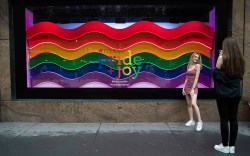 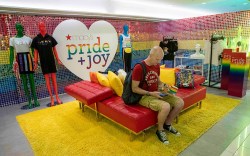 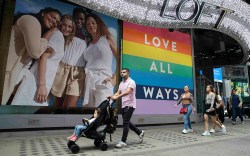 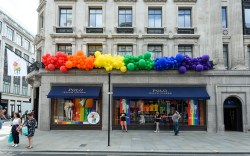 Pride merchandise featured on Walmart’s online marketplace is going viral on TikTok for what some consumers say egregiously misses the mark, sparking a now-yearly conversation about how corporations have co-opted the Pride Month, which recognizes the LGBTQIA+ community, with tone deaf products.

The merch was first brought to light when TikTok user @hollyeet posted a “review” of the “ugly Walmart Pride merch,” which included a flag featuring a unicorn dabbing next to the slogan “Love is Love” and a trucker-style hat with the slogan “Live Love LGBT.” The video roasting the products has been viewed more than 1 million times. The same TikTok user also posted another video featuring more products, including tees that read “I’m Not Gay. Just Kidding” and “In Dog Years, I’m Gay.”

“At this point, I’d rather be called a slur,” one commenter quipped.

Footwear News has reached out to Walmart for comment.

Most of the items featured in the Pride merch reviews come from Walmart’s online marketplace, which features products listed by third-party sellers. The retailer’s marketplace has come under fire in previous years for listing other tone-deaf products. In December 2017, the marketplace featured a third-party tee, which was not approved by the big box company, featuring the words “Rope. Tree. Journalist. Some Assembly Required.”

The previous December, Walmart’s marketplace also listed a sweatshirt for sale reading “Bulletproof: Black Lives Matter.” The marketplace also sold a brown weaving cap in July 2017 that used a racial slur to describe the color. In 2020, Walmart came under fire for listing “All Lives Matter” and “Blue Lives Matter” T-shirts on the company’s third-party online marketplace. In all cases, the offensive items were pulled from the site, not approved by Walmart and is retailer issued apologies.

A show and tell of the finest Pride merch on offer at our favorite LGBTQ-affirming corporation, Walmart. #lgbtq #queer #wlw #pride

♬ Not A Love Song – Uh Huh Her

The Walmart marketplace Pride merch listing highlighted by social media users have sparked a conversation about corporations coopting Pride and floundering when it comes to celebrating queer customers. Even though the collection has been critiqued through humor, the “roasting” videos highlight the very real issue of corporations still struggling to connect to LGBTQ customers in ways that make them feel represented, understood and valued.

Walmart isn’t the only company with a Pride collection featured on its site going viral on TikTok. Target’s Pride selection was also humorously “reviewed” recently by user @dinonuggets.jpg. The collection includes a “Pride Is A Protest” lawn sign and a “Love is Love” tee featuring Precious Moments. Target notably partners with LGBTQ-owned companies and queer artists to create its Pride collection, giving back a portion of product sales to LGBTQ nonprofit GLSEN.

See How Retailers Celebrate Pride Month in the Most Colorful Ways