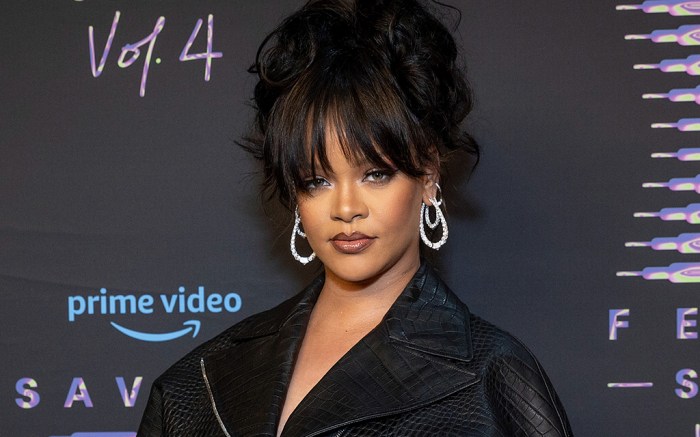 Rihanna was named one of the many powerful women on this year’s “100 Most Powerful Women” list for Forbes, which was announced today.

The Grammy Award winner earned a spot on the list by amassing billionaire status through her cosmetics line, Fenty Beauty. According to the publication, the musician’s company — co-owned with LVMH — gained over $550 million in revenue in 2020. Rihanna herself has a net worth of $1.4 billion, according to Forbes.

This isn’t Rihanna’s only pursuit that won her a spot on the list, which was determined by four metrics: money, media, impact and spheres of influence. Of course, there is her ongoing music career. She also commands a 30% stake in her namesake Savage x Fenty lingerie brand, which was valued at $1 billion in February 2021, Forbes reports.

The brand also made waves this year from its numerous loungewear and lingerie releases, as well as its viral Savage x Fenty Vol. 4 show on Prime Video — with a model cast including Irina Shayk, Sheryl Lee Ralph, Marsai Martin and even Rihanna herself.

Elsewhere on the list, spots were also earned from pop culture figures including Beyoncé, Taylor Swift, Oprah Winfrey, Dolly Parton and Reese Witherspoon. The list itself was led by Ursula von der Leyen, the president of the European Commission, who strongly supported Ukraine during Russia’s invasion of the country this year by banning Russian bank transactions, airspace and Kremlin-owned news agencies from the Commission.

PHOTOS: Discover all the stars in Rihanna’s Savage x Fenty Vol. 4 show in the gallery.