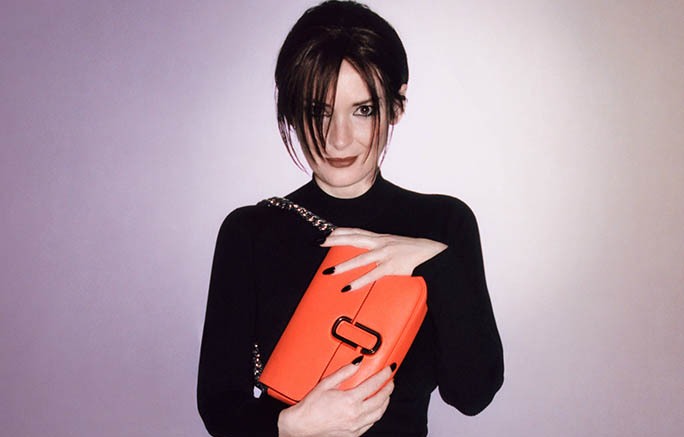 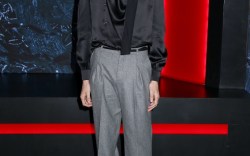 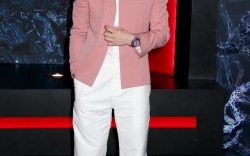 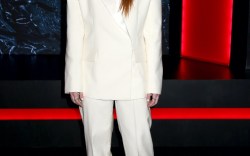 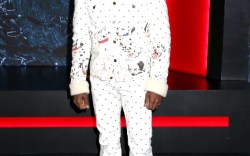 Fashion designer’s are known for getting their friends involved when it’s time to churn out a new campaign. Marc Jacobs did just that, by reuniting with longtime muse and friend Winona Ryder to unveil its J Marc shoulder bag. Ryder’s appearance as the face of the J Marc shoulder bag comes shortly after her hit Netflix series, “Stranger Things” dropped volume 1 of its highly anticipated fourth season on May 27.

The campaign serves as the official launch of the new accessory, which is available today and comes in a variety of colors including blue, magenta, orange, black, green and white. In the new ad, the 50-year-old actress embraces the grunge glam aesthetic that she was known for almost three decades ago when she first starred in a Marc Jacobs campaign.

Ryder looked edgy and cool in a series of archival runway pieces from the fashion label. One photo shows the “Beetlejuice” star crouched position in a very on-trend vintage baby blue lace slip dress. She slicked some of her short brunette tresses back behind her ears with a few pieces pulled forward over her eyes. Ryder completed her look with black strappy platform sandals and a black J Marc shoulder bag.

In another shot, the Golden Globe winner poses in a black turtleneck top with a high-waisted tulle maxi skirt while holding the brand’s neon purse. To give her look a punk-rock finish, she pulled it all together with dark green platform heels. The shoe had multiple straps along the instep with a chunky outsole and towering stacked heel.

In another image, Ryder wore a short-sleeve top that was adorned with red roses allover with a midi pleated leather skirt and black knee-high platform heels. Lastly, the entertainer stayed true to her signature style from the early aughts by pairing a plunging black dress with towering mustard-colored platform boots. She continued to add a pop of color of draping a neon green J Marc shoulder across her body.

Discover all of the celebrity arrivals at the “Stranger Things” season 4 World Premiere.