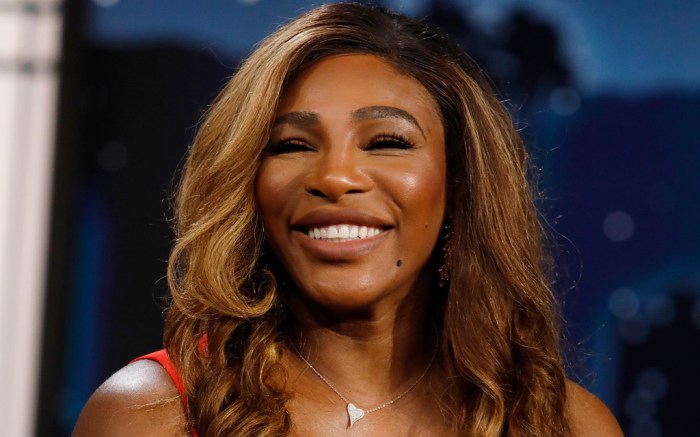 The beer company premiered a commercial for the 2022 Super Bowl on Tuesday, which played again during the big game. The ad featured recognizable faces like tennis star Serena Williams, retired NFL player Peyton Manning and basketball pro Jimmy Butler. The ad takes place in a bowling alley, aptly called Superior Bowl, with several patrons bowling, playing pool and ordering Michelob Ultra. Williams made a cameo at the end, who everyone turns to look at. Williams is styled in orange sneakers and a purple jumpsuit embroidered with her name.

Other familiar faces include gold pro Brooks Koepka, soccer star Alex Morgan and actor Steve Buscemi to name a few. Buscemi, who plays the bartender, ends the commercial by saying “Game time” as Williams walks into the bowling alley at the end.

Our @Drizly delivery person rolling up with my second half ULTRAs. pic.twitter.com/Upwx1AG7t3

See more of Williams’ style through the years.