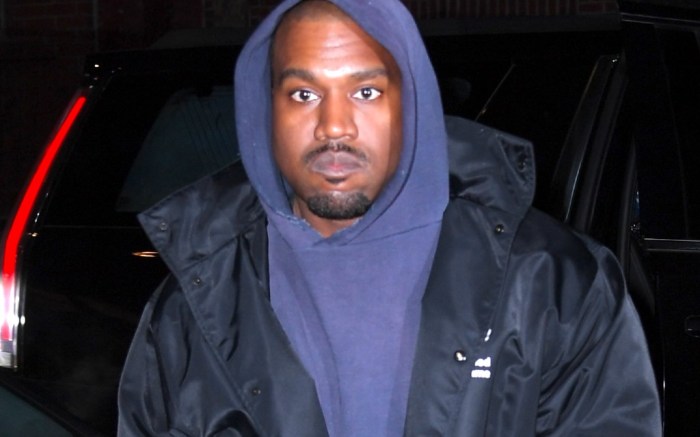 The fast food chain premiered a commercial on Sunday night during the NBC broadcast of the big game. The premise of the ad includes McDonald’s customers having trouble making up their minds on what to order, whether in the drive-thru, ordering over the phone or inside one of the restaurants. In the clip, West rolls up in a McDonald’s drive thru in one of his infamous Sherp ATVs, popping out the front to place his order, only to freeze when he can’t figure out what he wants. The “Donda” rapper tells the operator, “Can I get uhhhhhh” —  stopping on the last word while he makes his selection.

Ye wasn’t the only recognizable face in the advertisement. Some other famous faces, like 23XI NASCAR driver Bubba Wallace and iconic McDonald’s character, Grimace, can be seen.

See more of West’s style through the years.