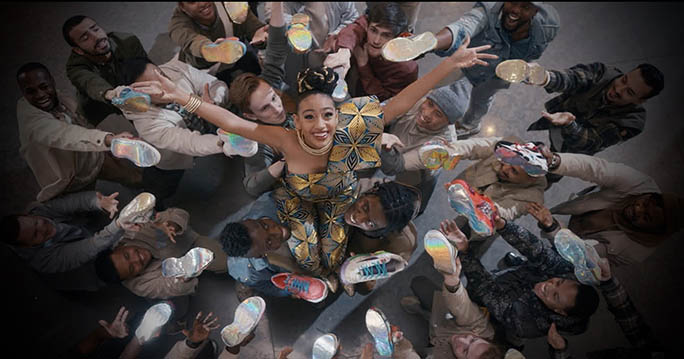 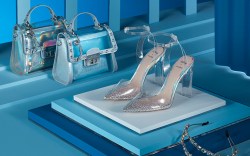 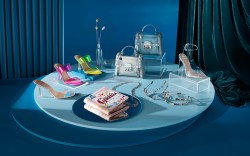 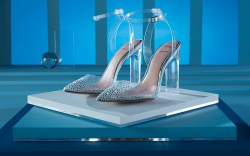 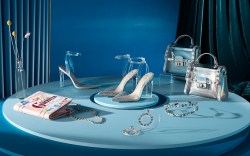 This month, may the force be with Disney+, which is celebrating spring with a bounty of original films and new television series. One of them being Disney+ “Sneakerella,” a tween-oriented telling, which sees a talented adolescent fantasizing about designing sneakers for sports royalty.

Directed by Elizabeth Alien Rosenbaum, the movie is set in the vibrant street-sneaker subculture of New York City. “Sneakerella” is a high-energy, music-driven movie that puts a contemporary twist on the classic “Cinderella” fairy tale. The film launches exclusively on Disney+ on May 13.

This fantastical tale, narrated sparingly by fairy godfather Gustavo Juan Chioran, begins in the diverse borough of Queens. Kind-hearted, creative teen El, played by Chosen Jacobs, loves sneakers almost as much as he loves his community. The perfect pair of kicks haunts his dreams and guides his life. He believes that the right shoes can make him fly, a concept illustrated in a dreamy amalgam of colorful mixed media and live-action, vividly drawn through sketch and song.

He hides his artistic talent from his overburdened stepfather and two mean-spirited stepbrothers who constantly thwart any opportunity that comes his way. When El meets Kira King, the fiercely independent daughter of legendary basketball star and sneaker tycoon Darius King, sparks fly as the two bond over their mutual affinity for sneakers. With a little nudge from his best friend and a sprinkle of Fairy Godfather magic, El finds the courage to use his talent to pursue his dream of becoming a “legit” sneaker designer in the industry. El is now ready to lace up and dream big.

Old content will hit the streamer throughout the month, including season 2 of Disney Junior show “Mira, Royal Detective” on May 11, new episodes of Disney Channel sitcom “Raven’s Home” on May 25, and Will Smith and Martin Lawrence’s buddy-cop comedy “Bad Boys” on May 27.