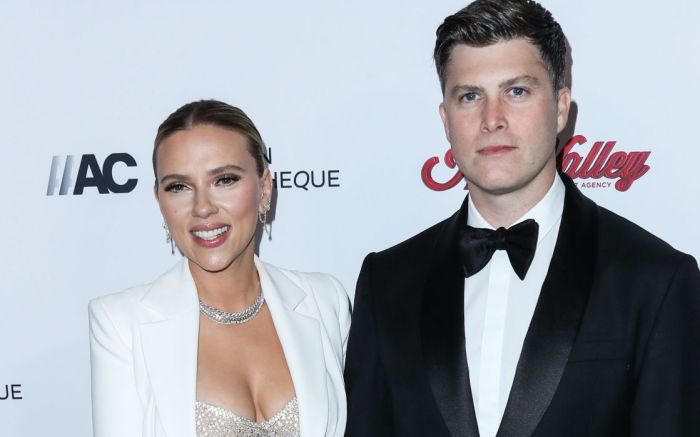 Super Bowl LVI is almost here. As we count down the days until the big event, we can keep ourselves entertained with those seriously funny commercials that go along with one of the world’s most popular sporting event.

Scarlett Johansson and her husband, “Saturday Night Live” star Colin Jost, tried teased their 2022 Super Bowl ad featuring the ever-popular Amazon Alexa. In the hilarious video that released today via “Good Morning America,” it shows how the system works intuitively through voice-activated technology to do everything from turning off the lights to turning on some tunes. The ad takes place in the newlyweds’ home, offering up the question: what if Amazon’s Alexa could read minds? The two quip back and forth, meanwhile Alexa’s tech is seemingly reading the couple’s every thought while simultaneously showing off some of its capabilities. The smart tech does everything for the couple, giving us a behind the scenes look at what life is like at home for the couple. Alexa turns on blenders, sets reminders and even adds mouthwash to their grocery list, on top of keeping the pair in check.

Amazon’s Alexa has swept the nation, becoming one of the hottest and most affordable tech products to date. The virtual assistant technology is largely based on a Polish speech synthesizer named Ivona, bought by Amazon in 2013. Since then, the system has been used on a plethora of different speakers from the Amazon Echo Dot, Echo Studio and Amazon tap speakers, all developed by Amazon. The product has since been featured in a multitude of Super Bowl ads with stars like Cardi B and Michael B Jordan.

Read more about some of the stellar Super Bowl ads featuring some of the hottest celebs here.