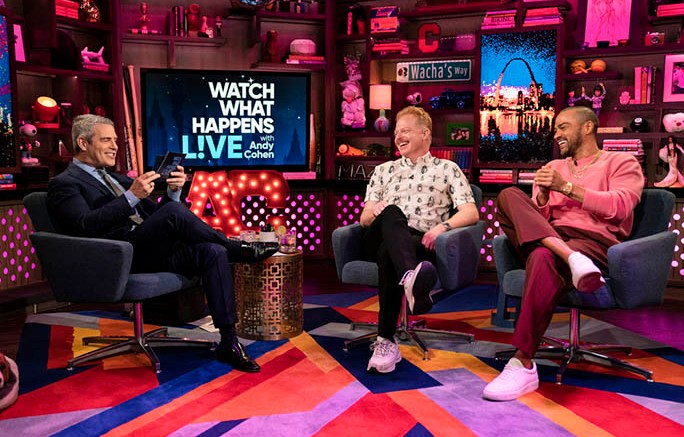 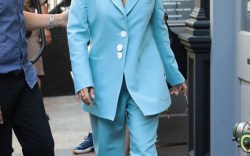 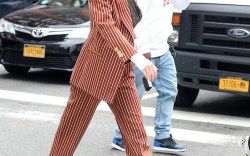 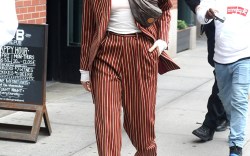 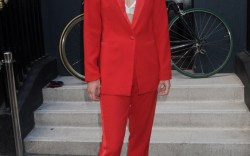 Jesse Williams was casually stylish on Monday for an appearance on “Watch What Happens Live With Andy Cohen” alongside his Broadway costar Jesse Tyler Ferguson. Ferguson and Williams star in the new Broadway play “Take Me Out,” which focuses on the coming out story of Daren Lemming, a bi-racial professional baseball player.

Williams stopped by the late-night talk show to chat about his new role, being nude on stage and teased a potential “Grey’s Anatomy” reunion.

“I’ve learned in my minutes of theater, don’t try to read into it because it just creates more insecurity,” Williams said when asked about being fully naked during his stage debut. “I’m told it’s quite insane. It’s the first (time), so I’ve got nothing to compare it to and I won’t be scared of anything after this,” Williams continued.

Coincidentally, following his appearance on the show Williams went viral on Twitter after a full-frontal nude scene from his performance leaked on Monday. The photo was immediately met with tons of comments from social media users that comfortably expressed their thoughts on the explicit image.

This has been quite a week for the director as he has also earned himself a Tony Award nomination for Best Performance by an Actor in a Featured Role.

When it came to the outfit, Williams made a dashing statement in a long-sleeve pink knit sweater. The “Grey’s Anatomy” alum paired his top with dark brown trousers. He took things up a notch with layered gold chains and a watch. As for footwear, the actor finished off his look with fresh white sneakers. The kicks laced up to the top and featured a thick outer sole.