‘And Just Like That’ Returns for Season 2: Everything We Know So Far 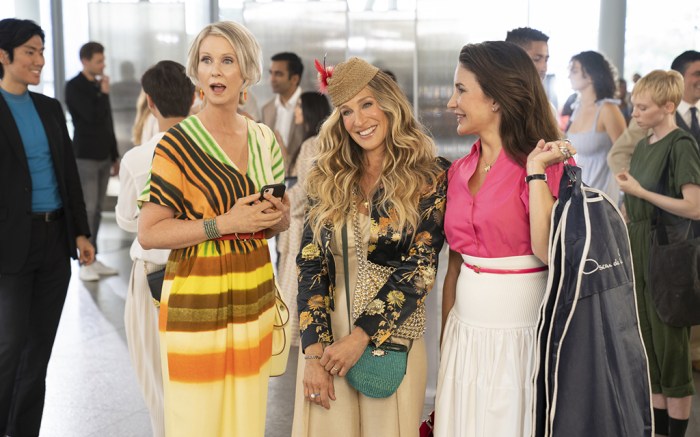 Warning: Spoilers below for “And Just Like That” Season 1.

And just like that, we’re preparing to break out our Manolos once again. “Sex and the City” reboot “And Just Like That” has been renewed for a second season by HBO Max. The streaming service officially announced the show’s renewal today, per Variety.

“I am delighted and excited to tell more stories about these vibrant, bold characters — played by these powerful, amazing actors,” King said in a statement. “The fact is, we’re all thrilled. And Just like That…our Sex life is back.”

Parker also shared her sentiments regarding the show’s return on social media.

“Thank you to our audience. Plain and simple,” Parker stated in a sweet Instagram post celebrating the show’s renewal. “You are our heartbeat. We love you so.”

While it’s unknown who will make up the full season 2 cast and when it begins filming, Parker, Davis and Nixon are confirmed to return. In addition to the main trio, news of the renewal was also shared on social media by stars Sara Ramirez and Mario Cantone. New cast members Nicole Ari Parker, Sarita Choudhury, Karen Pittman, Cathy Ang and Alexa Swinton have not commented on their potential return to the show at this time.

As for what the plot and fashion of season 2 entails, both are still under wraps. However, it’s likely the show will pick up where it left off. The end of the first season found Carrie moving forward after the death of Mr. Big, Charlotte accepting the evolving identities of children Lily (Ang) and Rock (Swinton), and Miranda leaving Steve (David Eigenberg) for a relationship with Che Diaz (Ramirez). Costumes from the show’s debut by Molly Rogers and Danny Santiago made waves in the fashion world as well, resulting in many looks going viral before and after the first season aired.

Discover the biggest “And Just Like That” fashion moments from season 1.