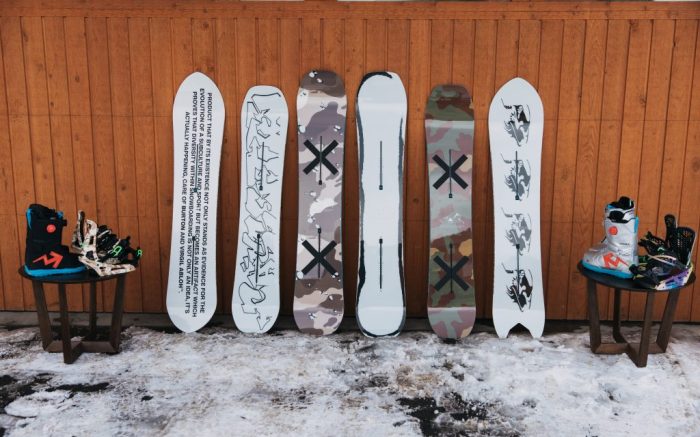 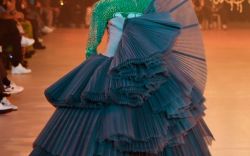 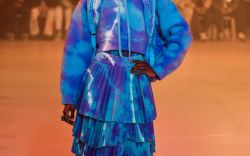 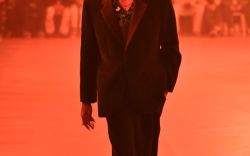 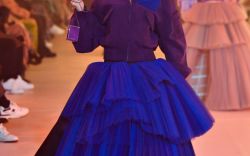 Virgil Abloh’s fashion legacy is continuing this year, thanks to snowboarding brand Burton.

The late fashion designer’s second board collection with Burton, which began 2020, came to be from Abloh’s own childhood love of snowboarding. The line features 10 exclusive snowboards that will be auctioned towards the Virgil Abloh “Post-Modern” Scholarship Fund on March 15. However, it also includes a larger limited-edition collection that will be launched on Burton’s website on March 22, featuring boards, snow boots and bindings that merge snowboarding practicality with Abloh’s utilitarian streetwear designs.

Virgil Abloh c/o Burton’s main collection includes boards in hues of black, white and gray, as well as the staple camouflage print seen in Abloh’s own Off-White designs. Giving the pieces a streetwear edge are hints of prints like a Grim Reaper figure, Xs and graffiti lettering. Snow boots are also given the Abloh treatment in color-blocked palettes of metallic silver, neon orange and blue, green, purple and brown camouflage.

Abloh even created a signature manifesto for the Burton collaboration, printed on one of its boards in black lettering.

“PRODUCT THAT BY ITS EXISTENCE NOT ONLY STANDS AS EVIDENCE FOR THE EVOLUTION OF A SUBCULTURE AND SPORT BUT BECOMES AN ARTIFACT WHICH PROVES THAT DIVERSITY WITHIN SNOWBOARDING IS NOT ONLY AN IDEA, IT’S ACTUALLY HAPPENING, CARE OF BURTON and VIRGIL ABLOH,” the manifesto reads.

Additionally, Burton will donate $300,000 over the next three years to causes that raise BIPOC representation in the snowboarding world.

The digital Burton c/o Virgil Abloh board auction will go live on March 15 on Burton’s website. Starting bids will begin at $1,977, and require a US-based credit card and telephone number to participate.