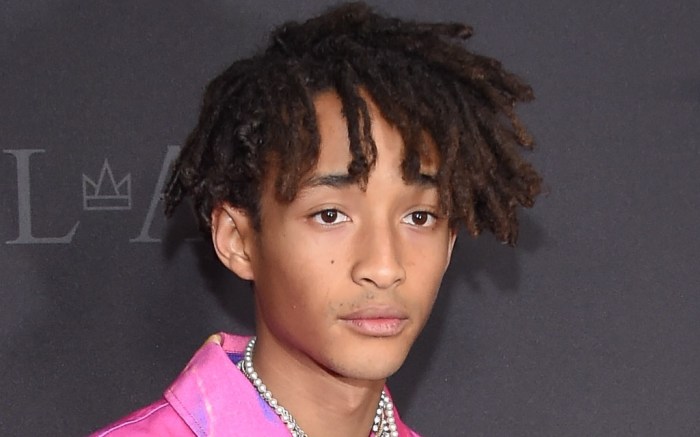 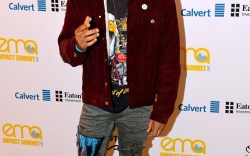 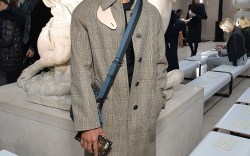 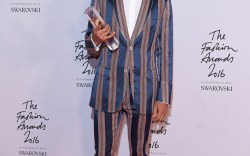 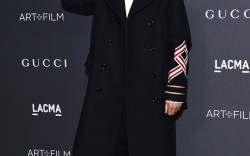 Jaden Smith is tripping out in Mr. Porter’s latest editorial.

In a new feature highlighting his apparel brand MSFTSrep — co-founded with sister Willow Smith and a group of friends nearly a decade ago — the son of Will and Jada Pinkett Smith discusses his brand’s latest collection drop on Mr. Porter, titled “Trippy Summer.” Though the line’s outerwear and athleisure is covered in swirls and vibrant colors inspired by Smith’s passion for psychedelic mushrooms, the fungi doesn’t just serve as creative inspo — it’s made to be worn while tripping on mushrooms as well.

“When you’re in that sensitive space, the wrong shirt can ruin things,” Smith tells writer Alex Frank in the editorial. “Things slightly move. If you give something the feeling of motion, when you’re on mushrooms and you look at it, your brain will finish the work and put it in motion so that you’re like, ‘Holy f-ck! His pants are moving.’”

The “Neo-Yokio” star also shared his thoughts on who his brand is intended for, ranging from creatives to those unaccepted by society at large.

“It’s still about misfits changing the world – being able to stand up for those kids that are getting beat down,” Smith said.

Smith’s outfits in his Mr. Porter editorial are similarly free-spirited, aligning with his vision for MSFTSrep’s clothing to “go along with people’s journeys.” Naturally, the actor wears MSFTSrep pieces layered with everyday grungy staples, like knit cardigans and denim jackets — plus layers of pearls and silver chains. When it came to footwear, he kept things simple in a pair of black leather lace-up derby shoes from the site’s in-house Mr. P line, allowing the clothes to make the greatest statement.

The “Karate Kid” star’s personal style ranges from skate-inspired to utterly futuristic. His shoes often remain distinctly casual, including sneakers and boots by Louis Vuitton, Nike and Vans — though Smith has worn two different sneakers on multiple occasions. At one point, the star’s frequent wearing of one pair of black Nike sneakers even prompted his dad to say he “has one pair of shoes.” Smith is also a top figure in the fashion world; aside from founding his own clothing brand, he’s also starred in Vuitton and Levi’s campaigns, launched collaborations with New Balance, and attended Fashion Month shows for brands like Hood by Air and Gypsy Sport.