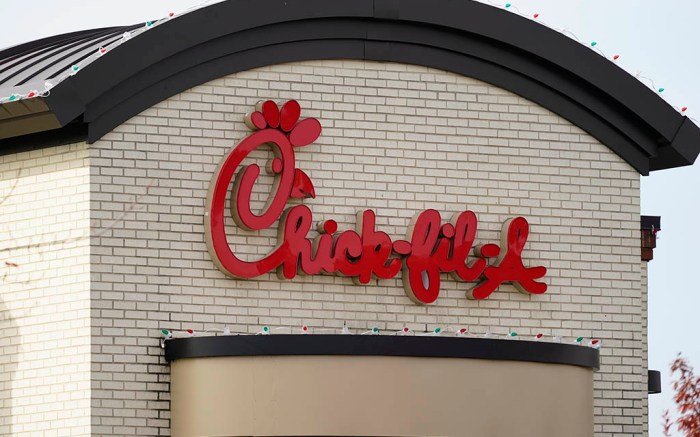 A new Chick-fil-A employee unboxed his uniform in a now-viral TikTok video, leaving users commenting leaving compliments about its style. Shared by Jake Turner, he opens a paper bag and shows off the new uniform, including two tops, two pants and a pair of black slip-resistant sneakers. The post has already garnered over 400,000 views.

“What do y’all think of the Chick-fil-A sandwich 3s? They’re actually not too bad, They gave us all this, and you only have to pay for the shoes,” Turner says, referring to the shoe model as “Sandwich 3s.”

The outfit consisted of the fast food chain’s signature baseball cap, red shirt, black pants, a belt and a surprisingly fresh pair of kicks. The versatile silhouette has a round toe, mesh uppers for extra comfort and breathability, a sturdy, slip-resistant design and lugged outsole for added traction.

Clearly pleased with the supplied outfit, he commented that it was “sick.”

Several users, including those who claimed to be former Chick-fil-A workers, commented on the quality of the uniform and were impressed that he received the uniform for free.

One user stated, “Wait a corporation that doesn’t exploit their employees and actually provides everything they need to do their job???”

Another user wrote, “Free shoes and free pants! Better than so many other fast food places that only give you a shirt and expect you to come in with everything else.”