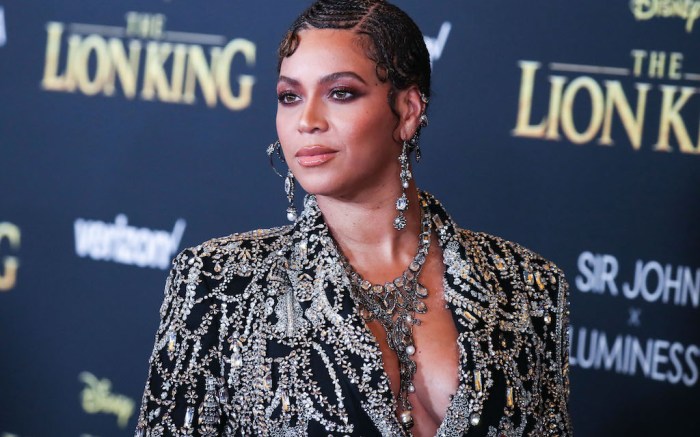 Beyonce has many roles: singer, actress, and entertainment agency founder. However, one appears to have been removed from her Instagram resume: Ivy Park x Adidas designer.

The Grammy Award-winning musician’s athleisure-based line has released numerous collections since launching with Topshop in 2016, later transferring to Adidas in 2020. Having since launched six drops with the athletic giant, most recently on Feb. 10 with an “Ivy Heart” Valentine’s Day-timed collection, Beyonce raised questions from fans after removing the Adidas website link from her Instagram bio yesterday. It’s worth noting that her Instagram profile photo sees her dressed in the collaborative line.

The Ivy Park x Fans Instagram account, which shares teasers and intel on the collaborative collections, said the latest project from Beyonce and Adidas will arrive May 26 on Adidas.com and at retailers beginning May 27, according to the fan account.

Adding further buzz about a fan-anticipated forthcoming drop, Chloe Bailey’s neon green apparel seen at Revolve Festival during Coachella on April 17, complete with hot pink Balenciaga sandals, was credited as unreleased product from a possible upcoming Adidas x Ivy Park summer collection, according to some Instagram users, though that has not been confirmed.

Still, fans were quick to point out the bio change on social media, as a new drop is evidently expected this season. In tandem with Beyonce’s new bio, the Adidas x Ivy Park section of the brand’s website also features no products at this time. Both occurrences left many online confused.

“First Beyonce took down the ivy park website and now she took down her profile pic on her social media like what’s going on,” one user Tweeted.

First Beyonce took down the ivy park website and now she took down her profile pic on her social media like what's going on pic.twitter.com/UwwSRp2qiG

Others chimed in, with some wondering if the end of Ivy Park itself could be near.

“Ivy Park era is over,” one user shared, along with a crying emoji.

However, a variety of rumors on Twitter have surfaced as to the cause behind the link change, though none of the speculation has been validated. Some users hypothesized the brand is swapping its athletic partnership from Adidas to Nike, but the collaborators made no such announcement. Others believed Beyonce was simply changing the previous Ivy Park link to a new one.

Regardless, anticipation is building for whatever the singer does next — which fans were quick to hope is a new album.

“enough with Ivy Park, where the album at @Beyonce (still gonna buy tho),” one user Tweeted.

enough with Ivy park, where the album at @Beyonce (still gonna buy tho 💀)

Outside of Ivy Park, numerous accounts also inquired as to the singer’s whereabouts during the 2022 Met Gala in New York City on Monday night.

Discover Ivy Park’s debut sneakers with Adidas in the gallery.