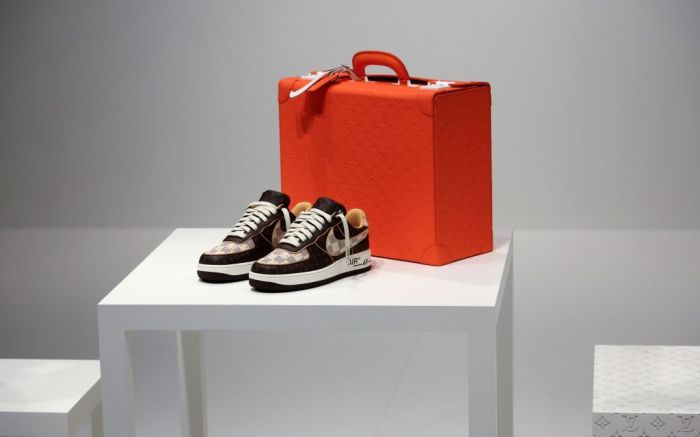 Nike is getting the Sotheby’s treatment this week with a new auction celebrating its athletic legacy. In a celebration of the brand’s 50th anniversary of its Swoosh symbol — and first sneaker, the Waffle Racer — Nike has teamed up with former NFL star Victor Cruz on “Fifty,” a sale of 103 different pieces, first announced in January.

Cruz’s curated selection of Nike pieces notably includes two pairs of its Nike x Louis Vuitton by Virgil Abloh sneakers, including its hit “Air Force 1” style covered in the French label’s “LV” signature monogram. The style — estimated to be worth $150,000–$200,000 — was one of Abloh’s most viral projects prior to his passing, first appearing in his spring 2022 Vuitton menswear collection.

Its inclusion in the exhibit also coincides with the 2022 FNAA’s, where the Vuitton collaboration will be honored with the Shoe of the Year Award.