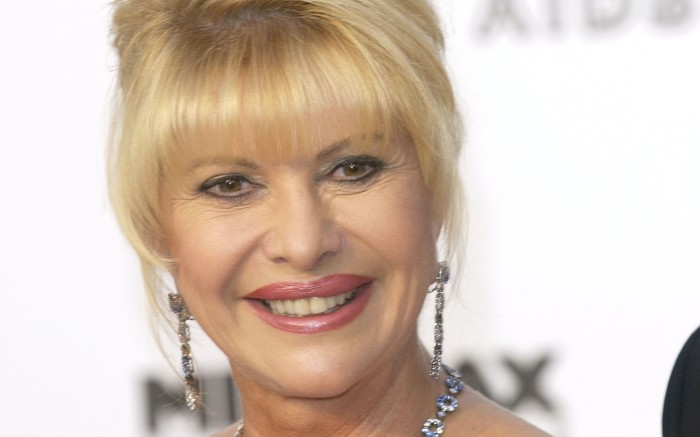 Ivana Trump — ex-wife of Donald Trump and mother to Donald Jr., Eric and Ivanka — died of injuries sustained in a fall on July 14 in her New York City home, according to the medical examiner and officials. She was 73.

In the wake of Ivana’s death, renewed attention has been brought to her life and legacy with countless tributes and obituaries outlining her many notable accomplishments. In paying tribute to Ivana on Instagram, Eric Trump described his mother as a “world-class athlete,” one title in her long list of achievements as a model, author and businesswoman. Yet before Ivana even set eyes on Donald Trump, she was a competitive skier making a name for herself.

Ivana’s passion for skiing started as a young child

Ivana was born in Gottwaldov, Czechoslovakia (now Zlín, Czech Republic) on Feb. 20, 1949. According to her official biography site, her father noticed she had innate athletic talent when she was a child and began training her in skiing. At just 6 years old, Ivana joined the competitive ski circuit and won her first downhill race in a competition. After Ivana found more success as a young skier, her father felt she needed to dedicate herself to honing her skills to reach her full potential in the sport. At 12, her father enrolled a young Ivana in a strict training camp for child athletes.

Ivana grew her skiing talents throughout high school, continuing her career as a competitive skier while attending Charles University in Prague. She reportedly joined the Czechoslovakian Ski Team while in college, becoming a “prized skier” for the university and the country, according to her official bio. Her love for sports and skiing ran so deep that she earned a master’s degree in physical education.

She left competitive skiing after immigrating to Canada

After graduating from university, Ivana immigrated to Canada to be with her college sweetheart, who owned a ski boutique and sports store. Ivana worked as a ski instructor upon moving to Canada, using her experience as a skier to train teens and fellow instructors in the sport. A short while after moving to Canada, Ivana began modeling, using her stability as a ski instructor to launch her fashion career. In fact, early in her modeling career, her agency sent Ivana and several models to New York to promote the 1976 Summer Olympics held in Montreal, a job was likely secured thanks to her knowledge of competitive sports. That trip to NYC would change the course of Ivana’s life. According to her bio, during the trip, Ivana and her fellow models found themselves at an “overcrowded, trendy restaurant where they were immediately seated at a special table—compliments of a man named Donald Trump.”

Though she strayed from a professional career in skiing in the mid-1970s, Ivana still enjoyed the sport throughout the rest of her life. In his tribute to his mother, Eric Trump posted a picture of him and Ivana on a ski trip when he was a teen. In her tribute, Ivanka Trump also posted a throwback picture of her mother in a canary yellow ski jacket holding bejeweled ski poles.