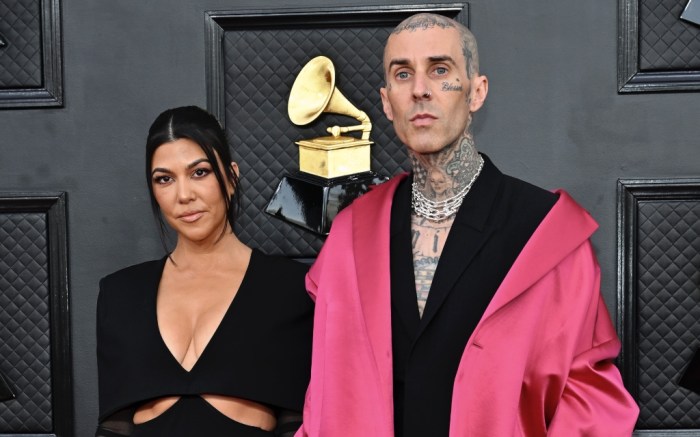 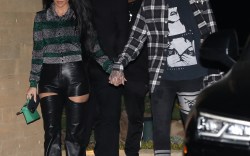 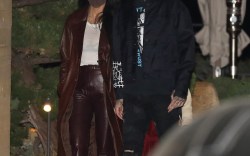 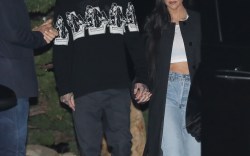 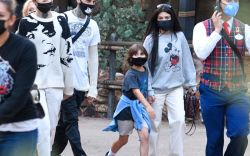 The rumors are true: Kourtney Kardashian and Travis Barker are married.

The “Keeping Up With the Kardashians” alum posted to her Instagram on Wednesday photos from the ceremony in Las Vegas. She confirmed that the couple did hit a chapel after the two attended the Grammy Awards on Sunday night.

The happy couple went to a chapel with an Elvis impersonator to perform the ceremony. While they did exchange vows, they did not have a marriage license, so the union is not yet legal. She explained in the caption:

“Once upon a time in a land far, far away (Las Vegas) at 2am, after an epic night and a little tequila, a queen and her handsome king ventured out to the only open chapel with an Elvis and got married (with no license). Practice makes perfect.”

The two are known for their rock-influenced style, often complementing each other on and off the red carpet. To the Grammy Awards, Kardashian wore a sleek black jumpsuit while Barker donned a black vest and trousers with an oversized pink coat on top. The week prior, they attended the Oscars, where Kardashian wore a black strapless midi dress with delicate heels and Barker styled a black suit jacket with a silver paisley print embossed on the lapel paired with black pants.