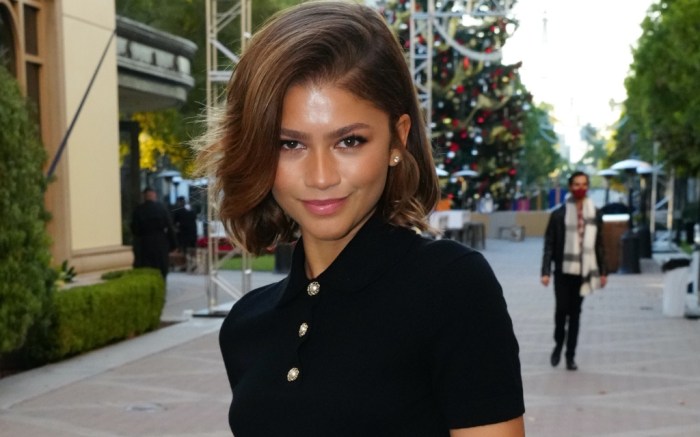 Zendaya brought her own sleek take to timeless fashion this weekend while promoting HBO’s “Euphoria” at its FYC event in Los Angeles.

Designed by Daniel Roseberry, her outfit featured a black and white gingham-printed midi skirt, cinched on its right waistline with a molded gold padlock. The piece was paired with a black short-sleeved polo, tucked into the skirt and gleaming from pearly upper buttons. Small diamond stud earrings completed Zendaya’s ladylike look with a classic finish.