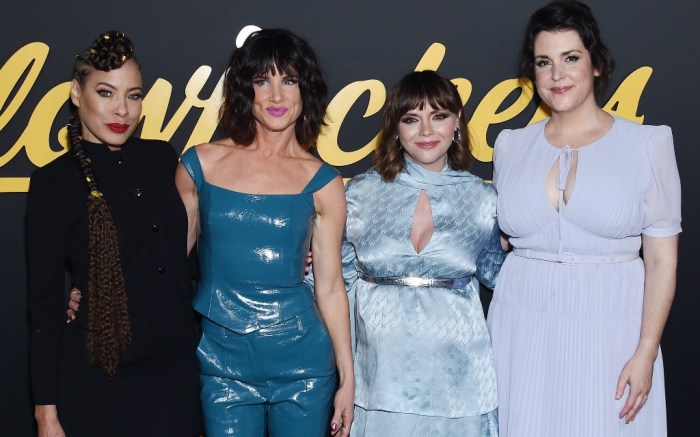 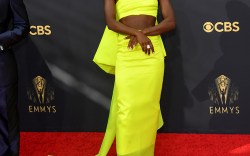 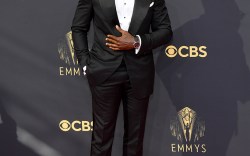 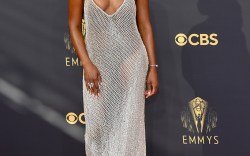 Showtime’s “Yellowjackets” stars took center stage this week, posing for the latest issue of The Hollywood Reporter together. In group photos, the close-knit foursome – Juliette Lewis, Christina Ricci, Melanie Lynskey and Tawny Cypress — starred on their cover and accompanying editorial shots in sharp fashion, with equally slick shoes to boot.

Lewis slipped into a gothically glam outfit for the occasion, wearing a flowing floral and sheer-paneled skirt with a black lace top. Lynskey also opted for a printed ensemble, wearing a leopard spot-covered dress with 3D black flowers on its bodice. Ricci, meanwhile, embodied a grown-up take on ’90s grunge in a black satin and silk-paneled minidress over sheer black tights, complete with a high-collared black and white necklace. Cypress’ ensemble complemented the wardrobe’s black hues with the most modern take on monochrome attire, a blazer dress with a daring side cutout and asymmetric miniskirt.

Gold and silver bracelets and rings, as well as a delicate pendant necklace, rounded out the crew’s accessories — though the pieces remained neutral, complementing each other while allowing their outfits to take venter stage.

During their group interview, the cast teased their regrets from the ’90s — fitting, as Lewis, Ricci and Lynskey are all notable actresses who got their start in the era — and what’s in store for their characters in the drama’s forthcoming second season. They also discussed current topics, including the overturning of Roe v. Wade and how generations today differ from their own.

While discussing their starts in Hollywood, Lewis notably recalled having to un-learn survival mechanisms as her career progressed — as well as how to handle criticism from oneself and the public.

“There’s all these things that are wrapped up in how to survive a system. That’s what I’m unlearning today — to be softer,” Lewis told writer Rebecca Keegan. “This is a really remarkable industry to be a part of. I feel honored to be a part of it and what it gave me, but I do still hold on to what it took from me in my youth.”

Discover more stars in sleek heels from the 2021 Emmy Awards in the gallery.