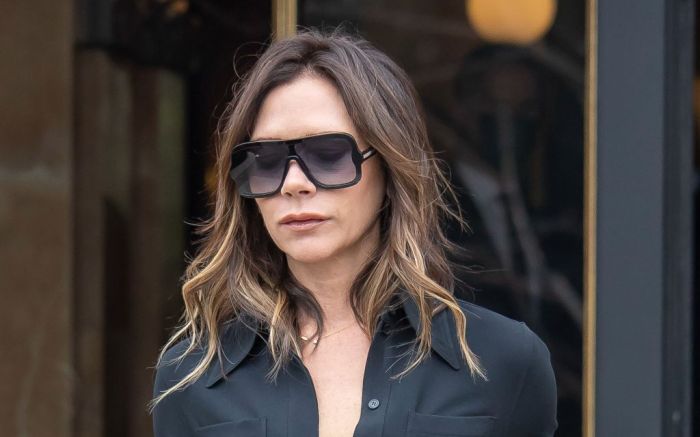 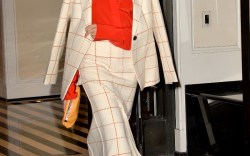 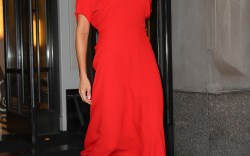 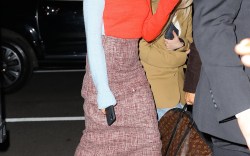 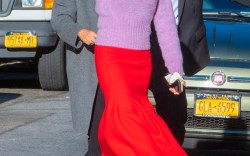 Victoria Beckham made a stark contrast to the salt mounds of the Camargue park while attending Jacquemus’ Fall 2022 fashion show. Supporting Simon Porte Jacquemus, the designer sat in the front row alongside Simone Ashley, Richie Shazam, Jorja Smith and BurnaBoy.

In a new photo shared on Instagram, the former Spice Girl posed with Jacquemus ahead of the “Le Papier” show in an all-black outfit, featuring an asymmetric silk slip dress with pleated lace accents and sheer panels over leggings. Giving her outfit a sharp twist was a cropped matching blazer, oversized sunglasses and a leather clutch. Jacquemus contrasted her ensemble, wearing an off-white overshirt with a white T-shirt, burnt orange cargo pants and chunky beige and brown hiking boots.

“Thank you so much for having me Simon at the beautiful @jacquemus show today,” Beckham captioned the sweet photo of the designer duo. “I felt truly blessed to be part of your special moment x.”

When it came to footwear, Beckham continued her sleek streak with her signature shoes of choice: pointed-toe pumps. The Victoria Beckham Beauty founder’s footwear featured triangular toes and thin heels, totaling at least 4 inches in height. The style instantly streamlined her attire, while creating a monochrome palette with its black tone.

Jacquemus’ “Le Papier” collection featured a minimalist palette of white, beige and ivory alongside hints of black, pale blue and green. Inspired by the designer’s own upcoming wedding, the line included a range of tulle veils, deconstructed suiting and tailored separates. The women’s footwear front featured an array coordinating stiletto sandals with buckled straps and exaggerated round soles, as well as men’s chunky suede and leather slip-on loafers. The show notably preceded Jacquemus’ debut Nike collaboration, which launched this morning — and promptly caused the athletic brand’s site to crash from over half a million consumers vying for pieces.

You can watch Jacquemus’ full Fall 2022 runway show below on Instagram:

Discover Beckham’s best looks in peep-toe boots in the gallery.